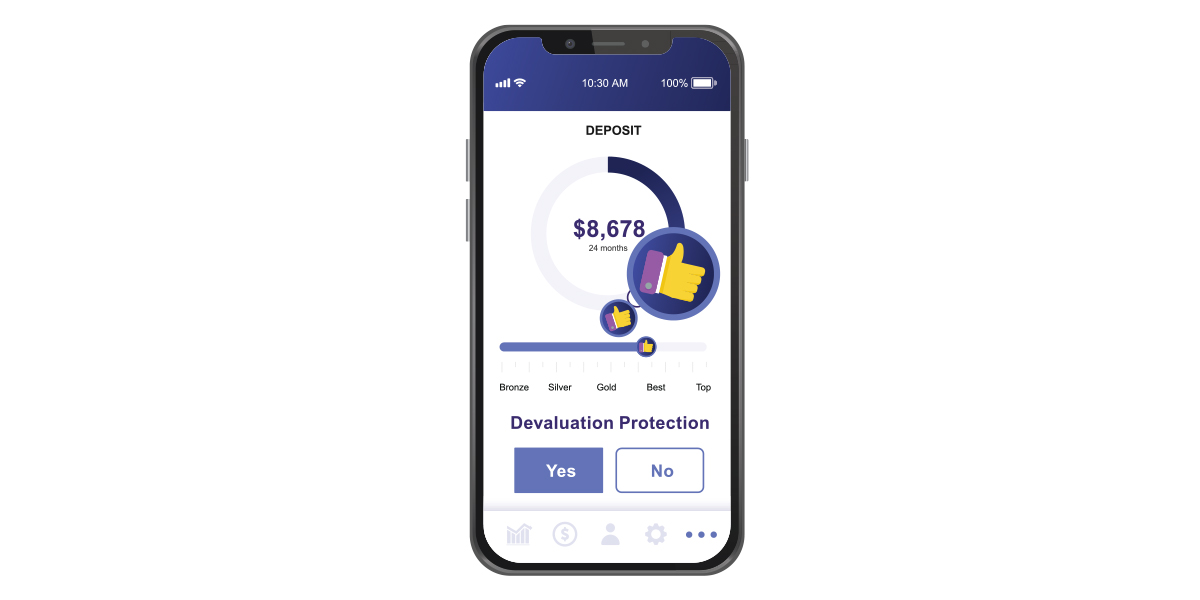 HOW DOES IT WORK: How thoughtful design and a few digital unicorns shape consumer mobile apps

Founders who target millennial and rising Gen Z consumers with app services have a design challenge. Apps are competing for engagement and interest against the likes of leisure giants Snapchat, Facebook, Instagram and TikTok — now, upcoming financial and insurance startups are taking a design cue from these platforms to attract the same audience.

“If you want a mobile app that speaks to millennials about insurance, you might have to take some risks or try some stuff to make it something that would be appealing in the same way that a mobile game would be,” said Renae Meines, developer at WeWriteCode of Des Moines. “That also brings up the question of, should you?”

That’s not a question without consequence. In December, investing app Robinhood agreed to pay a $65 million fine to the Securities and Exchange Commission after regulators accused the startup of misleading customers over how Robinhood makes money. Critics have said that the same features that make the app attractive to beginning investors make it too much like a game, with real investing consequences at stake — the bright colors, the digital confetti and offering new users a trial run with free stock to begin trading.

“Gamified is a really broad term for any kind of entertainment attributes in these apps,” said Julia Bayuk, an associate professor of business administration at the University of Delaware who has studied whether gamified financial apps are motivators for consumers to establish new financial habits. “It’s like gambling, it becomes addictive. You’re having fun, you see yourself in the leaderboard, you see other people doing it. I think in the world of COVID that’s an even stronger effect. Everyone’s on their computers, and a lot of their interaction is online.”

At the Des Moines-based mobile gaming company Hatchlings, CEO E.B. Updegraff calls it the “core game loop” — the general path of actions engaging a user as they complete levels in the game. The game loop helps users develop a repetitive habit, so they quickly learn what kind of actions offer positive or negative feedback from the software. In mobile gaming, that could lead to cosmetic rewards, which unlock a visual element for users — such as a new hat or outfit for the user’s character, Updegraff said. In-game currency is also popular for game designers.

“When you think about Candy Crush, you open the game, you go in and get to a level, [and when] you complete that you get that feedback,” Updegraff said. “These are all very human things that we do — giving each other tasks to complete, rewarding each other and having fun with each other.”

Users who have seen sparkling confetti or a digital creature congratulating them from their phone might have experienced an app reward. Stars and sparkles are an easy visual boost for platform designers to make users feel celebrated and stay engaged, Updegraff said.

In research published in June 2019, Bayuk and co-author Suzanne Aurora Altobello found gamified app users were likely to identify as very knowledgeable in financial fields and valued social features in their finance apps, which surprised the authors. Users who identified as newcomers to financial processes such as investments were more likely to report that they valued education features over social features.

“Robinhood sort of got a bad rap with these kinds of apps because consumers who are novices really have no idea what they’re doing,” Bayuk said. “It ends up being worse off for them in terms of financial well-being because there’s a lot of trading all the time, there’s a lot of fees involved, they don’t realize what these fees are, and they would have been better off not doing it.”

Whether a mobile app is designed as a social media network or just a mobile game, successful app designs will use the same strategy to keep users engaged. Gaming strategy is now common in apps encouraging savings, investments and insurance incentive programs that reward users for tracking exercise. The strategy could also lend itself well to behaviors reducing energy consumption, which leads to cost savings, Bayuk said.

Meines completed paperwork on a mortgage for her home last year, a type of process she said could be simplified by digital strategies.

“That was a very, very terrible experience, like 40 different pages I had to click through and sign or initial. I think maybe there’s a way to do it, especially on mobile where you’re breaking down the information into need-to-know and sectioning it off — maybe I’m only seeing one question at a time, or it’s kind of a more facilitated [process], almost like I’m stepping through a wizard or some kind of onboarding flow,” Meines said. “Stuff like that can be really helpful to make me feel like this is easy, there might be a lot of steps but I’m only doing one thing at a time.”

Designers have more control over users’ choices than some users may realize. Apps that are designed in such a way that a user’s choices are somehow obstructed can lead to ethical quandaries for founders and game designers.
Called “dark patterns,” those design pathways can be as simple as a button option on a newsletter with the tiny label “Click here to keep me subscribed.” The button visually prompts a user that this is the action they might be searching for, and the true label is often small enough to go unnoticed. Other dark patterns may hide order cancelation or account closure options, putting more infrastructure roadblocks between the user and the option to end their service with the app.

As a designer, Meines relies on the brand itself to build personality into the product, and to prioritize familiar or simplified pathways to tasks within the app.

“Reinforcing positive behaviors in an app, helping you work out or eat healthy or save money, those are all really positive things,” Meines said. “It’s hard for me to see them in a bad light, but at the same time a lot of those gamification elements can be an addiction in a way, if it’s the right hook for the right person. It’s an area where we all need to be good stewards as people in the tech industry, and always be thinking about our users and have their best interests in mind.

“Will gamification elements and engagement elements continue? I think absolutely. We’re on the cusp of AR and VR,” she said, referring to augmented reality and virtual reality. “When having a VR headset is just as common as having a phone, I think we’re going to find entirely new patterns come out of that.”