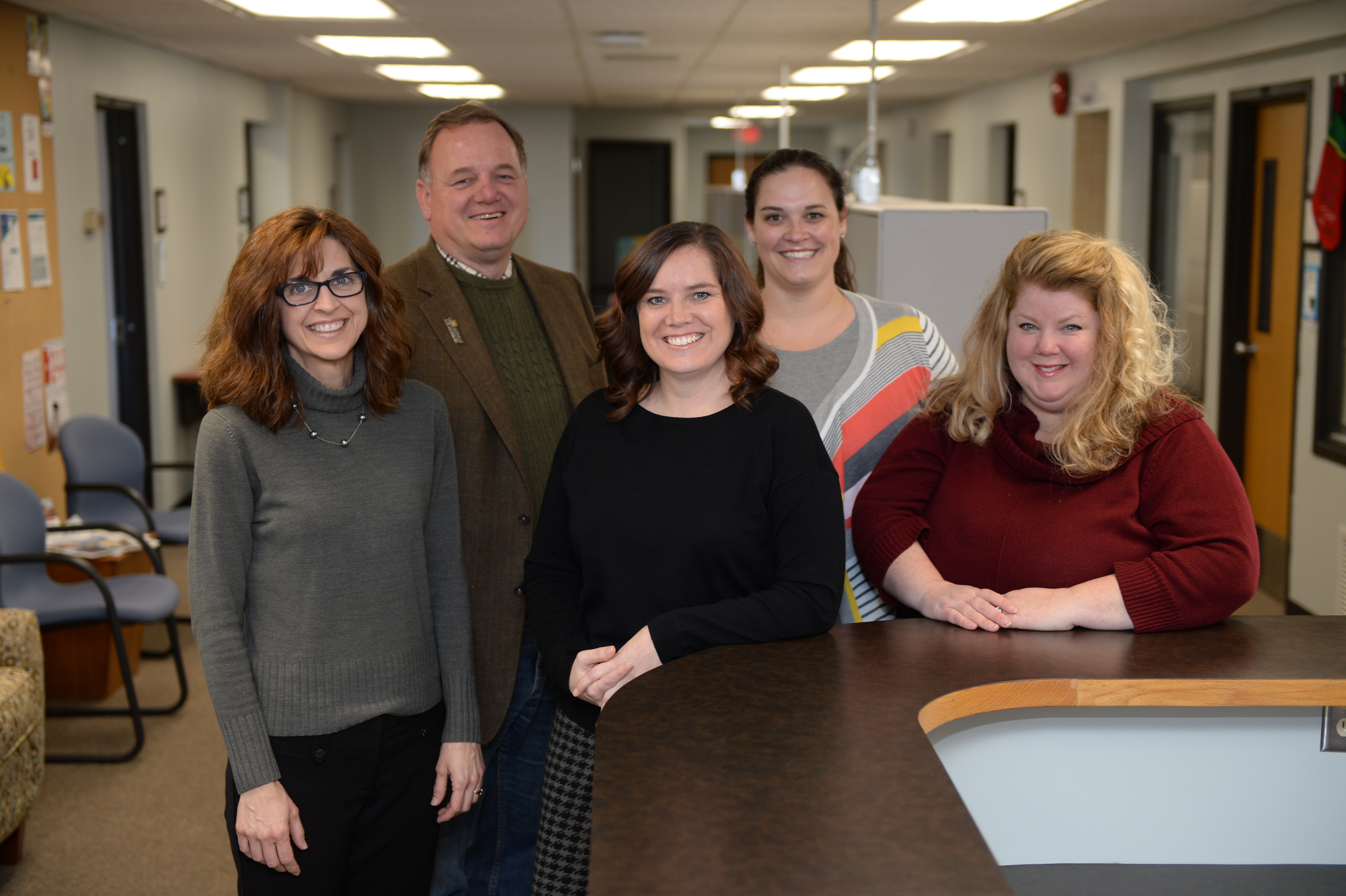 An innovative co-working/incubator space for Greater Des Moines nonprofits that launched less than a year ago has attracted eight resident organizations and recently gained its first investor — Delta Dental of Iowa.
The Telligen Community Initiative Synergy Center, housed at the Iowa Center for Higher Education in Des Moines, is a program led by Telligen Community Initiative, a West Des Moines-based nonprofit foundation. The 5,000-square-foot office space on the University of Iowa’s Des Moines campus on Fleur Drive brings together multiple health-related nonprofits to share office space, resources and ideas. “We’re at capacity right now, and just couldn’t be more pleased with how this is evolving and the things we’re able to do,” said Matt McGarvey, executive director of TCI. “Delta Dental’s support has really helped to kick-start what we hoped to accomplish from the capacity-building standpoint.” The eight participating nonprofits receive free rent, utilities, office cleaning, after-hours security, furniture, internet access, use of computers and printers, and access to campus conference rooms. The organizations can also participate in joint learning and training programs and are eligible for strategic consulting. Jeff Russell, CEO of Delta Dental of Iowa, said his company’s positive experience as an investor in the 4-year-old Global Insurance Accelerator in Des Moines aided in the decision by Delta Dental to invest $30,000 in the Synergy Center. “We ended up asking how could we do the same thing with the Synergy Center on the nonprofit side,” Russell said. “How can we start to make this investment in financial sustainability and capacity for these nonprofits so they can continue to do the good work they’re doing?” Delta Dental’s funding will focus on marketing and communications, but will also provide other support such as advising the organizations on board recruitment and building sustainable fundraising campaigns, Russell said. The relationship will also extend to connecting Delta Dental’s professional staff to provide expertise to the nonprofits, he said. “We’ve got a lot of great, talented people here who can bring their expertise in a variety of ways, many of them in a health perspective,” Russell said. One potential avenue of support is Delta Dental’s corporate give-back program, in which it annually selects one organization for a monetary donation and volunteer project for its employees. Last year, for instance, employees helped assemble bicycles to donate to Variety ― the Children’s Charity. “I think this is an opportunity to plug our folks in,” he said. “I have a sense that there may be even more supply than demand. But that would be a good problem to have.” Russell said that Delta Dental will remain committed to the center, but the form of its support may vary from year to year. “The question is: What do they need? This year the focus was the communication plans; where else do they need infrastructure? Our goal is to get them to a place where they can be financially sustainable, where they can actually continue to do their work.” Telligen, whose for-profit side specializes in population health management across four states, has seen examples of similar nonprofit incubators in Colorado, California and several East Coast cities, McGarvey said. “One-on-one investments happen all the time, but not necessarily done in concert or simultaneously with this number of nonprofits in a single space,” he said. “We’re helping these organizations build plans and communication audits so that when this engagement is done, they’ll have a road forward for how they can make strong investments. So it’s exciting on all kinds of fronts that we’ve got a partner like Delta Dental at this stage of the game.” McGarvey said a number of other nonprofits have inquired about the program, and Telligen has also approached other organizations that said that it either wasn’t the right time or wasn’t the right fit for them. “I think there could be a demand for this greater than we could facilitate,” he said. “We’re not looking to expand it at this point, but it is something we feel can go much deeper than it has with the organizations that are part of it.” As a startup in its own right, the Synergy Center will morph and change as it grows and as its nonprofits collaborate, Russell said. “That learning is going to happen across eight nonprofits. If one hits it out of the park, the others will say, ‘That’s interesting; how can I adapt that?’ ”
Uncategorized
Northeastern, Gallup check U.S. pulse on AI
China cops use facial-recognition glasses