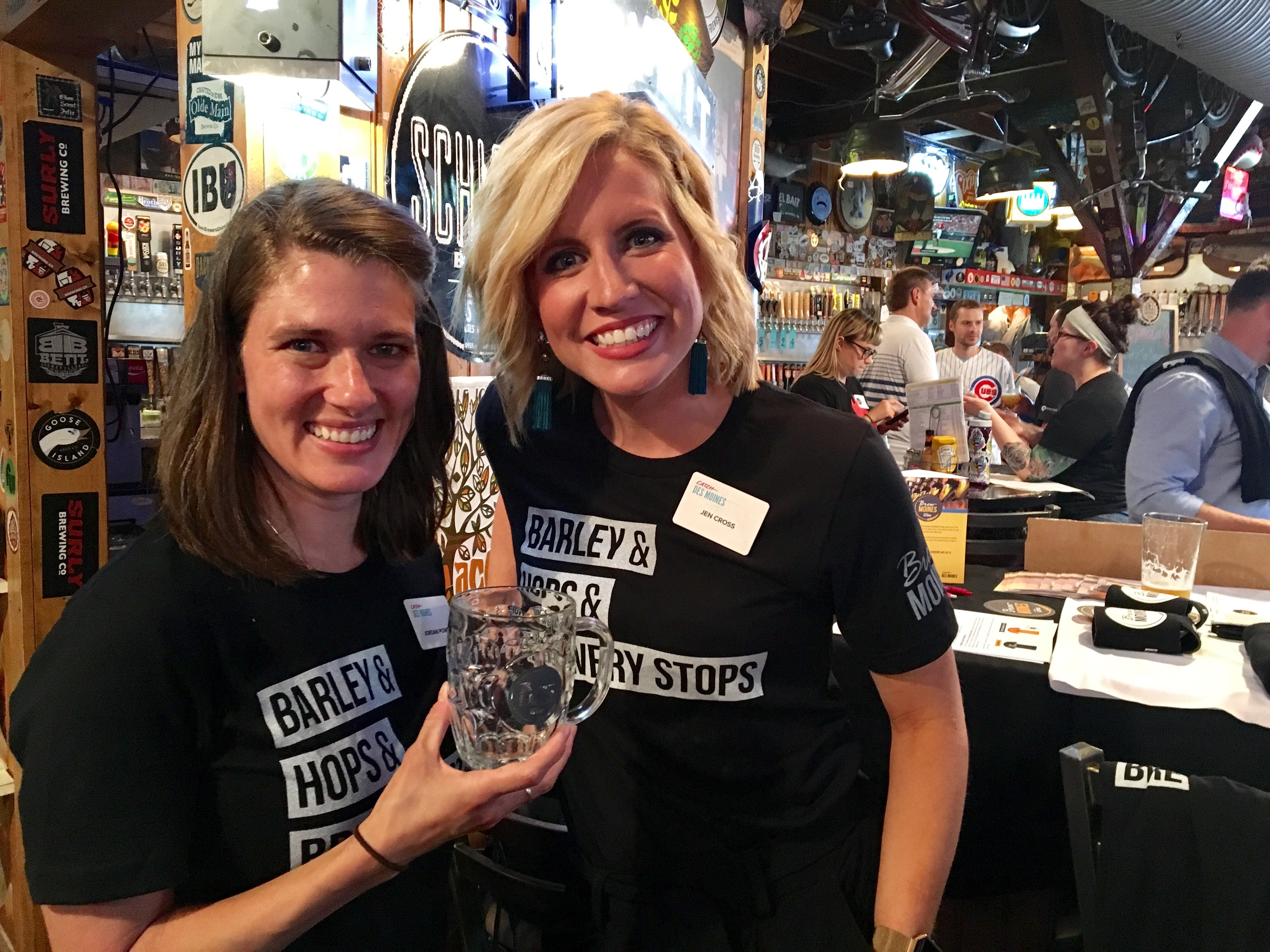 Catch Des Moines has a bit of a scavenger hunt available for Des Moines residents – as long as they’re 21 years or older, of course.

Fans of Iowa’s growing craft beer scenery can help launch the new app Brew Moines this Saturday, as part of the 2018 Iowa Craft Brew Festival in the East Village, and the broader Des Moines Beer Week festivities from June 15-24. Using Brew Moines, residents and visitors have a chance to build digital passports as they visit regional breweries in 15 metro areas under the Greater Des Moines Convention and Visitors Bureau, earning a Mug Club membership status and a few discounts along the way.

“It connects all of the breweries in Greater Des Moines together,” said Jen Cross, director of Development and Partnerships at Catch Des Moines. “It’s getting customers in the door to all the breweries that we promote.”

It’s not a one-day special, either. Brew Moines has been in development for three years under Catch Des Moines, and the mug club membership levels are ongoing after Saturday – meaning beer aficionados have plenty of time to make their visits.

“We went back and forth between a printed piece and the app, and decided to do the app instead because of the digital aspect. It’s trackable, people actually get metrics and stuff like that too,” Cross said. “It’s really important for the breweries to know who’s checked in, hindsight it’s gotten from the app, and all the impressions and everything, too.”

Every scavenger hunt has its rules, of course. After downloading Brew Moines, users collect digital stamps at each brewery featured, with one-time coupons per user available at participating locations. Users who check into all participating breweries and taprooms become an official Mug Club member and receive a free 20 ounce glass mug to take to breweries, Cross said.

“Once you’re in that mug club, that’s a mug that you can get to bring to these breweries, and that becomes an ongoing discount,” communications manager Jordan Powers said.

The app currently covers ten breweries in Greater Des Moines, but Catch Des Moines aims to have 15 breweries and taprooms with more than 120 taps included in the near future.

“This was kind of a team between visitors and locals. We want to do both for our audience, a little bit more local relevancy from our standpoint but also have a visitor experience app as well,” Cross said. “So when they come in they have this experience – craft brew is really growing and it’s a market we’re trying to target in the future for a niche market to bring events to Des Moines. So the more we can showcase our breweries, the better it’s going to be for Des Moines in general.”

“There’s a lot of breweries that have wanted this to be a thing for a long time, and I think that anytime a brewery can increase the number of people coming in their door, it’s really exciting,” Powers said. “I think the breweries really do like collaborating together. You know, you get that Beer Week collaboration, but this is kind of a fun way for them to all be a part of something together throughout the year, which I think will kind of be a nice touch.”

Correction: An earlier version of this story incorrectly named the parent organization of Catch Des Moines. It is under the Greater Des Moines Convention and Visitors Bureau.