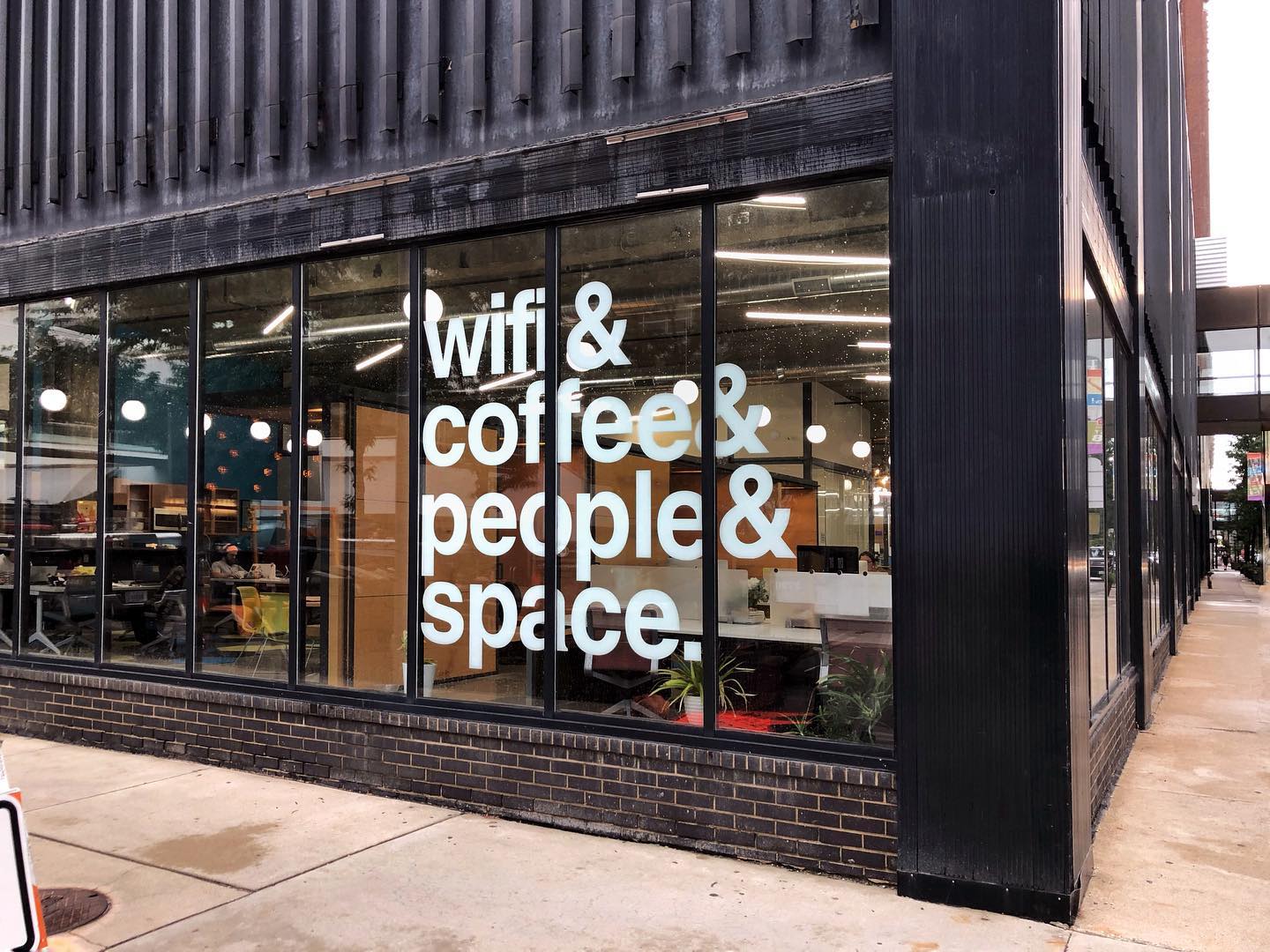 Since founding Gravitate Coworking in 2014, Geoff Wood has never held the giant novelty ribbon-cutting scissors. Tonight, at Gravitate Downtown’s grand reopening in a new office, he should have his chance.

“I’m kind of excited about that,” he noted on Tuesday.

Gravitate’s new downtown location at 500 Locust Street is just a hop-skip away from the former offices on Locust. Construction finished on the new digs in April. The new location offers reserved and flexible seating options, a “stairitorium,” three phone booths, reservable conference rooms, lockers and 14 office spaces — including longtime office renters such as Hatchlings and Gravitate newcomer the Des Moines Downtown Chamber of Commerce.

Today’s open house from 4:30 to 6:30 p.m. features two ribbon-cuttings for both Gravitate downtown and the Des Moines Downtown Chamber, which has never had an office before.

Gravitate 2.0, as Wood calls it online, is actually the company’s third location. At its launch, Gravitate was based out of the Midland Building on Sixth Avenue and had about 30 coworking members.

“I would say that the original space was kind of a proof of concept, like a minimum viable coworking space,” Wood said. “But that really took hold and grew. … I think we offer a lot better product today than we did in 2014.”

Now, Gravitate Coworking hosts about 70 individuals month-to-month downtown, representing about 50 companies, at various membership levels from daily passes to reserved dedicated desks or offices. Gravitate also has a Valley Junction location at the West Des Moines Business Incubator on Fifth Street, which they joined in 2017.

“It is definitely meant to be kind of a celebration, because this has been a long, long process for us to get here. Now we’re excited that we’re here; we want everybody to see it,” Wood said. “This is kind of our forever home, the flagship location … [but] we’re looking at other things further out in different parts of the metro right now.”

That includes fielding a few phone calls from property owners in the Des Moines metro, who have expressed interest in bringing the Gravitate model to their lots, Wood said.

“It’s given us a path for the future of the company. We’re seeing different places that we could go besides just downtown Des Moines,” he added. “I think we’re really visible here at this corner at Fifth and Locust, and we have all these windows. It’s an attractive place to be.”