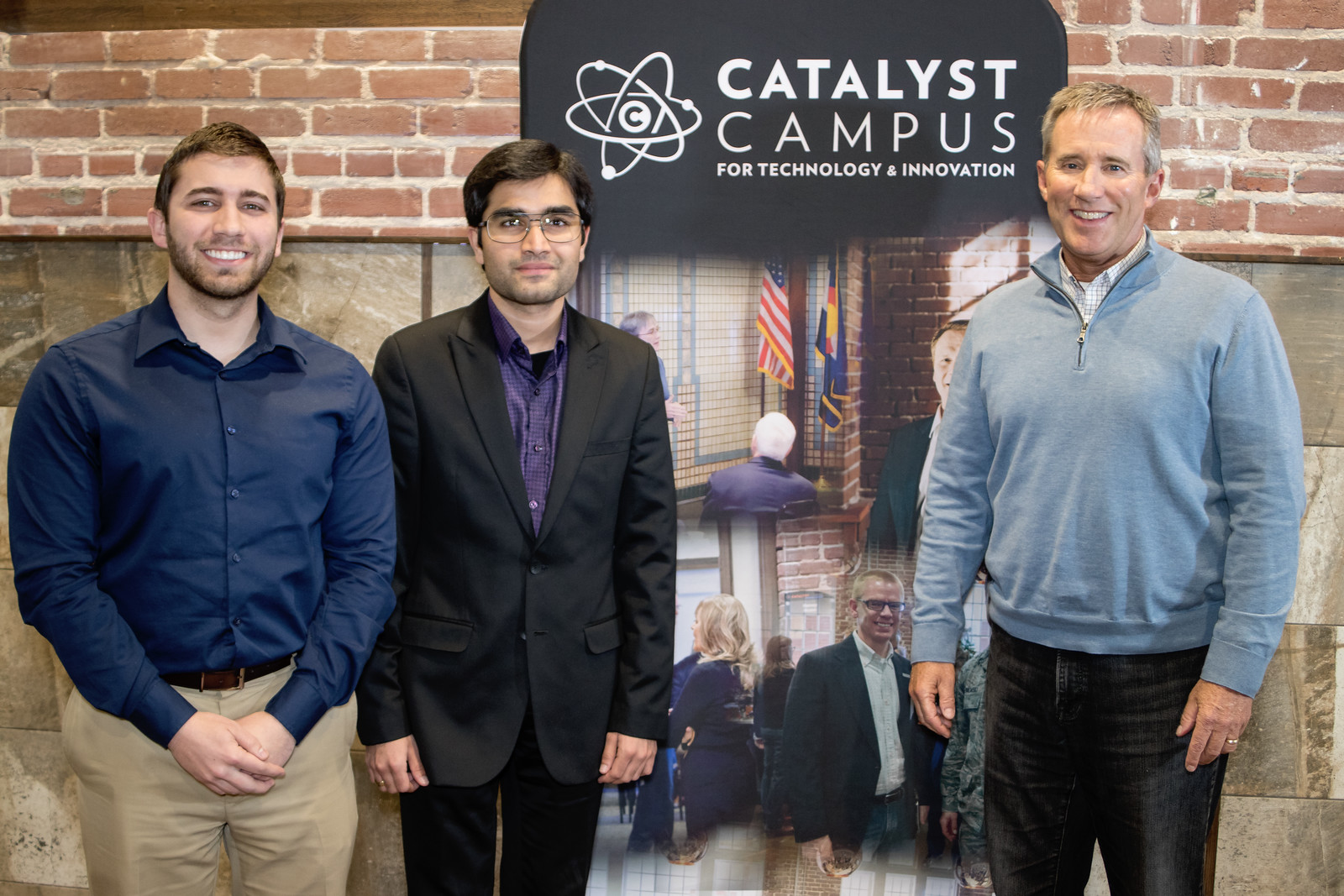 InfraLytiks looks to sea and sky as entry to defense contracting

When Des Moines startup InfraLytiks started the year, the staff was looking at data in the stars as part of the Catalyst Space Accelerator. Now, the team is leveraging the experience as InfraLytiks wades further into technology development for U.S. defense departments.

Formerly known as InfraDrone, InfraLytiks collects and visualizes millions of individual data points for commercial clients in fields such as engineering, insurance or alternative energy. The startup was founded in 2017 by Chief Operating Officer Tyler Carter and Chief Technology Officer Akash Vidyadharan. InfraLytiks uses machine learning and automation to identify a deviation from the normal, whether it is identifying an uneven puddle of rainwater on a roof for commercial clients, or identifying a satellite showing signs of leaving the expected orbital path.

Automating that work takes hours of scanning off of individual analysts’ plates, giving them space to pay attention to the deviations that present a threat to property or security.

“Our big thing is to make data meaningful,” President Kevin Prendergast said. “One of our favorite quotes is that there’s been more data generated in the last two years than in the history of mankind. I think that’s probably true.”

In late 2019, opportunity knocked from the federal government when InfraLytiks was approached by the Air Force Research Lab in Colorado Springs, Colo., which hosts the Catalyst Space Accelerator. InfraLytiks became one of eight startups in the cohort, learning to network and navigate the defense contracting process as the team pitched projects advancing the government’s data applications, such as a data analytics model to track and predict the orbits of a few key satellites out of about 5,000 over Earth.

“Any deviation in orbit is an issue. Sometimes those are normal and expected — in fact, 90% of the time it’s normal and expected, it’s solar weather issues or some reason … but the analysts have to pay attention to it all,” Prendergast said. “[At Catalyst] our project is really identifying [through] the orbital analysis things that don’t matter … so they can focus on the things that are higher priority and potentially a threat.”

The team built an initial machine learning model of what an orbital analytics model would look like to present at the Catalyst Demo Day. As the COVID-19 pandemic forced cohort startups to finish the accelerator at a distance, a few plans were paused.

The Demo Day, scheduled for April 2 at the 36th Space Symposium in Colorado Springs, was postponed until the end of October; the opening of a planned new InfraLytiks office in Dubai was postponed as borders closed to international travel.

This Small Business Innovation Research (SBIR) grant proposal, which three InfraLytiks staff members are developing in partnership with two researchers at ISU, uses a “structured light” technology to stitch together 3D imagery that will identify defects within micrometers — about the thickness of a hair, Prendergast said.

“The goal is to scan surfaces and get down to identification of defects which could be as small as 100 microns, using 3D scanning,” Vidyadharan said. “We do have experience in 3D scanning, but the technology we’re proposing is pretty novel to the Navy’s application.”

Previously, this would have been done with more conventional HD, thermal and LiDAR technologies across InfraLytik’s three platforms, InfraVieu, InfraDrone and LiDAR Now.

“We’re pretty much data agnostic. Wherever the data comes from, we’ll use it to do the analysis work,” Prendergast said.

InfraLytiks will submit the SBIR grant to the Navy by the end of May, and will be watching for new calls by the Department of Defense where InfraLytiks’ models may be applicable, Prendergast said. Commercial work will also continue as the team completes defense proposals.

“[To] our clients who have had problems with machine learning in the past, we say, ‘Give us a chance. Let us prove to you.’ So we prove to them what we can do. … Repeat projects with our current clients is a very important part for us,” Prendergast said.