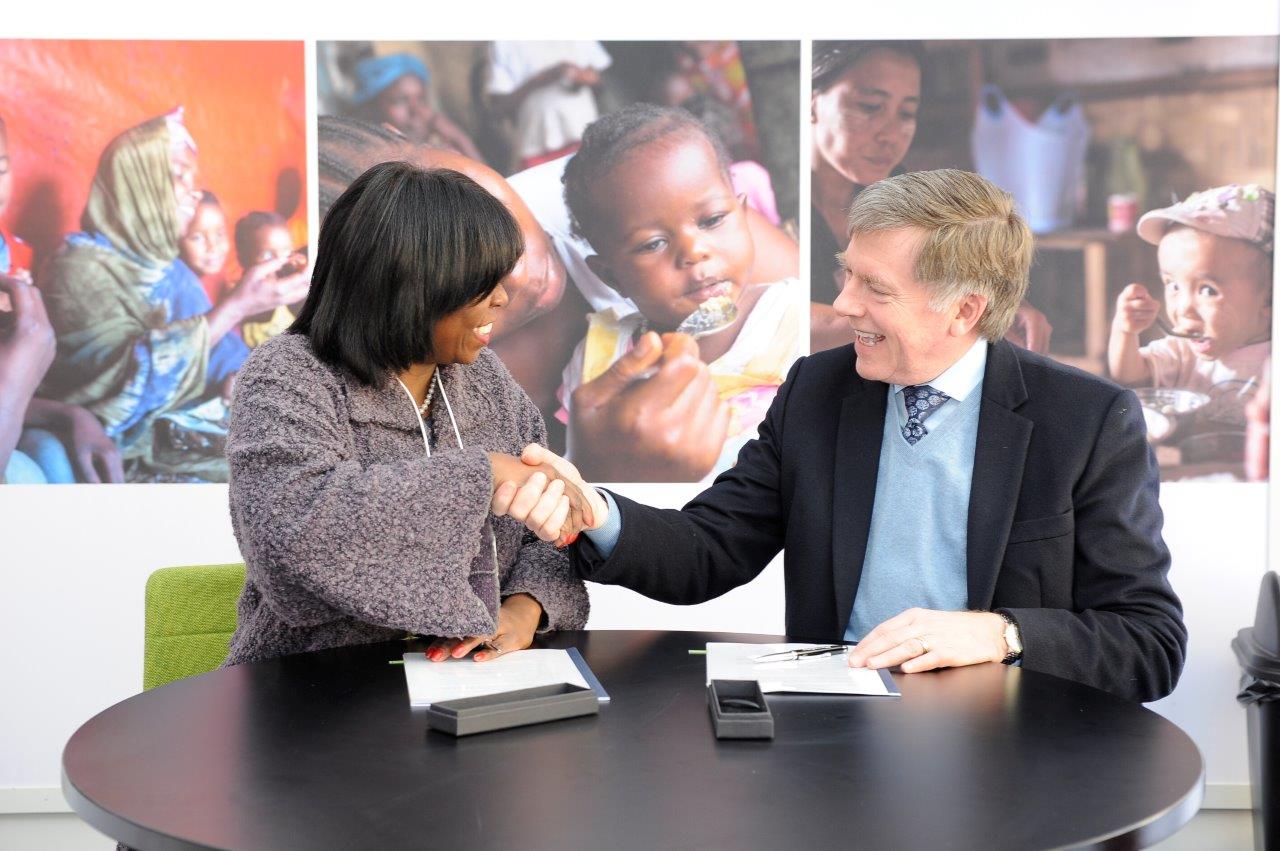 It was well overdue for the World Food Programme, Nelson said.

“The work that the World Food Programme has done for years truly epitomizes everything that we do in Iowa about making food for the world,” Nelson said. “Being able to grow the food is so important, but if it doesn’t get to the people who need it, it is for naught.”

“This is our largest charity that we donate to on a yearly basis. Everyone in the company knows about our commitment to the World Food Programme, and many of our staff members have actually visited some of the refugee camps where the food is prepared and given out,” Nelson said.

Kemin’s food technologists with the World Food Programme lead research in extending the shelf life of food developed for nutrition in emergency environments — particularly the high-energy biscuit, a food product invented in the 1960s with high amounts of vitamins, minerals and fat to maximize the amount of calories people receive out of one biscuit.

“You and I would call it a cookie,” Nelson said. “This biscuit has become a main staple of the World Food Programme. In Haiti after the large earthquake a number of years ago, it was literally the food that kept millions of people alive until they were able to start reassembling some sort of economy in Haiti.”

The World Food Programme is known to deliver 100 tons of food anywhere in the world within 24 hours because of an enormous delivery and storage network worldwide, allowing the World Food Programme to respond quickly. But the organization depends on a long shelf life to keep those products available for up to two years. The biscuit’s high fat content made it vulnerable to going rancid during storage periods of unknown lengths, making the item the first large-scale project Kemin technologists joined the World Food Programme on.

“The most critical phase in malnutrition in a child’s life is the first 1,000 days from conception, until they reach the age of two. If you influence a child’s nutritional status in that period of time, you’re able to achieve the biggest effect,” said Mathieux Maillette de Buy Wenniger, a Belgium-based Kemin Industries food technologist working with the World Food Programme.

“One of the benefits of the partnership is we can create awareness among our colleagues and their families of the activities of the World Food Programme as a subdivision of the United Nations. It is maybe not as visible as UNICEF,” Maillette de Buy Wenniger said.

World Food Programme is shifting more food production to local suppliers to help those economies foster self-sufficiency, but there will always be a need for food that can be delivered under emergency circumstances, he added.

Since the partnership’s start, Kemin Industries technologists have assisted in the formula development of World Food Programme’s super cereal product, which is manufactured in parts of the African continent and deployed by the World Food Programme to refugees, notably to those in the ongoing war in Yemen. Kemin and World Food Programme representatives meet yearly in December during a strategic planning meeting to plan upcoming projects.

Restrictions to slow COVID-19’s spread globally slowed some of the progress on work this year, particularly inhibiting the transportation of food and ingredient samples to food labs for research, Nelson said.