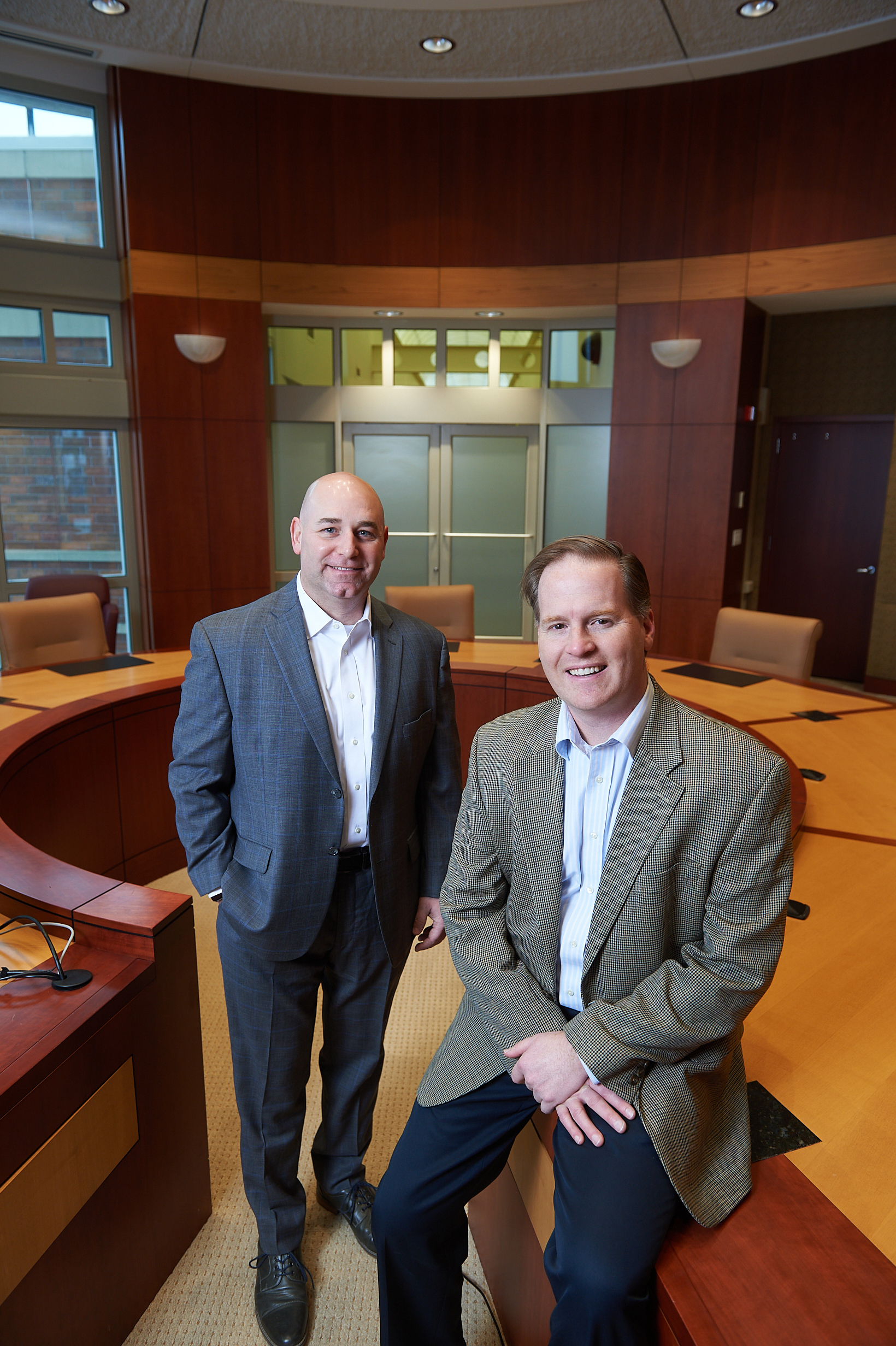 If they did, they would probably want to make some big changes after encountering what is likely a frustrating, time-consuming experience, says Gerhart, chief innovation officer of Homesteaders Life Co. and former Iowa insurance commissioner.

“We all know stories — and I’ve heard horrific stories as insurance commissioner — about horrific claims experiences taking months and months to get something paid,” Gerhart said.

Within the past two years, an emerging Des Moines-based insurance technology company, Benekiva, has attracted a growing list of life insurance companies with its digitized insurance claims platform. The insurtech’s co-founder, Brent Williams, had initially sought to develop a database platform to aid insurers and beneficiaries in locating forgotten life insurance policies before pivoting to establish the company’s current platform.

“The first time that I saw the platform being used to process the first claim live in production, I literally almost cried,” Williams recalled, thinking back to the hodgepodge of archaic systems that Benekiva’s software typically replaces.
In some cases, insurers who became clients were accustomed to using more than a dozen different databases, administrative systems and document storage systems — all logged in simultaneously across a bank of three display monitors — to process a single claim.

Williams is also an investment adviser, so he has experienced the claims process from the perspective of assisting clients’ families when a loved one dies.

Benekiva now has a dozen life insurance carriers as clients, among them Homesteaders Life, which is Benekiva’s first investment partner. Using its cloud-based software-as-a-service platform, the carriers can offer a fully digitized claims process that is concluded within a few days rather than a few months.

Because the carriers market their updated claims process as a company-branded competitive advantage, Benekiva does not disclose the names of other insurance companies it works with, Williams said.

About 12 of Benekiva’s 40-person staff work in mostly client-facing positions in the United States; it also has three development teams working remotely from offices in Armenia, India and Nepal.

Gerhart, who joined Homesteaders Life in August, has known Williams for a number of years and frequently offers him feedback and advice. Based in West Des Moines, the leading funeral insurance carrier entered into a strategic partnership with Benekiva in mid-2018.

New business model
Williams in 2015 brought his concept for a life insurance benefits tracking service, LifeDB, to the Global Insurance Accelerator program in Des Moines. The business model that Williams co-launched with two other partners was eclipsed, however, by an initiative rolled out by the National Association of Insurance Commissioners to provide the service for free, making LifeDB’s offering impossible to monetize.

The unexpected death of a former financial advising client of his rekindled Williams’ entrepreneurial spark. After reaching out several times but not hearing back, he discovered that the client, whom he had sold a life insurance policy, had died. Worse yet, he learned that the man’s wife was very displeased with the lengthy claims process she had to go through herself.

“She said it was a horrible experience, that it took her almost six months, and that it was just terrible,” Williams recalled.

“A couple of things dawned on me. One, why didn’t the carrier reach out to me and tell me my client was going through this process? It took away that opportunity for me to be there and truly be what I was supposed to be and help her through that process. So it kind of re-spawned this idea that I’ve got to digitize this claims process. That got me reinvigorated on going down that claims path.”

In researching claims processes with several insurance carriers, it became clear to Williams that the carriers wanted to pay claims quickly and accurately, but that multiple, archaic systems were keeping them from doing so on a timely basis.

Through all of this, Williams kept in touch with Gerhart, who advised him to find a top-notch tech leader and team to actually build the software.

Williams found that expertise through an introduction made by another of his financial advisory clients with whom he had frequently shared stories about his startup journey. Through that client he met Soven Shrivastav and his wife, Bobbie — who together brought a powerful combination of world-class software and project management skills to the table.

Having worked for NASA and the federal government earlier in his career, Shrivastav told Williams he was confident he could build the enterprise-level software-as-a-service platform. And after delivering a model of what he had designed, the couple joined as co-founders.

High growth potential
Now, Benekiva has a dozen carrier clients, half of whom the startup attracted within its first 18 months in business.
“They’re in different stages,” Williams said. “Some are live in production, some are in the proof of concept phase and some are in implementation. But I think the biggest piece that’s going to be a growth accelerator for us is the [claims] administration companies.

“Those administration companies now can go back to their 50 or 60 client carrier clients and sell claims and customer service to them, when in fact they’re using Benekiva. So in fact our growth potential with some of those partnerships is crazy — not to mention the growth that we have on our own. … I’ve told our team that it wouldn’t surprise me if we double our employees in 2021.”

One of the principles Benekiva adopted early on was to maintain separate development teams and avoid the temptation of “robbing Peter to pay Paul” if one team needs additional resources. One of the teams focuses on innovation, another on client implementation, and a third on customer support.

“In order to truly scale, you have to keep making sure that the product is being enhanced, while also serving the clients that are on it and potentially bringing new clients on — so we’ve made the decision to keep those three teams completely separate,” Williams said.

“If you were to combine them, that would be dividing their efforts, and maybe not serving current clients as well because they’re looking ahead and trying to develop something else. … We want those teams to be great at one thing and good at another.”

Aligned goals
From the enterprise side of the equation, Benekiva has opted to partner with strategic investors such as Homesteaders Life.

“We decided early on that’s where we’re going to get our money,” Williams said. By doing that, “goals are aligned.” Although Homesteaders Life is currently the sole investor, other carriers are interested in investing, he said. “So raising capital isn’t going to be an issue.”

The pandemic that began more than a year ago clearly accelerated the pace of innovation among insurance companies, Gerhart said. The competitive pressures are coming not so much from within the insurance industry, but rather from increasing consumer expectations as industries adapt to new ways of communicating, meeting and shopping.

“Our competition is … what people are doing every day in their lives,” he said.

Meanwhile, the ongoing partnership between 115-year-old Homesteaders Life with 3-year-old Benekiva is “teaching an old dog how to do new tricks,” Gerhart said.

“It’s challenged us to think differently,” he said. “Our IT teams are good, but we’re not going to be the ones who make the breakout solution.”