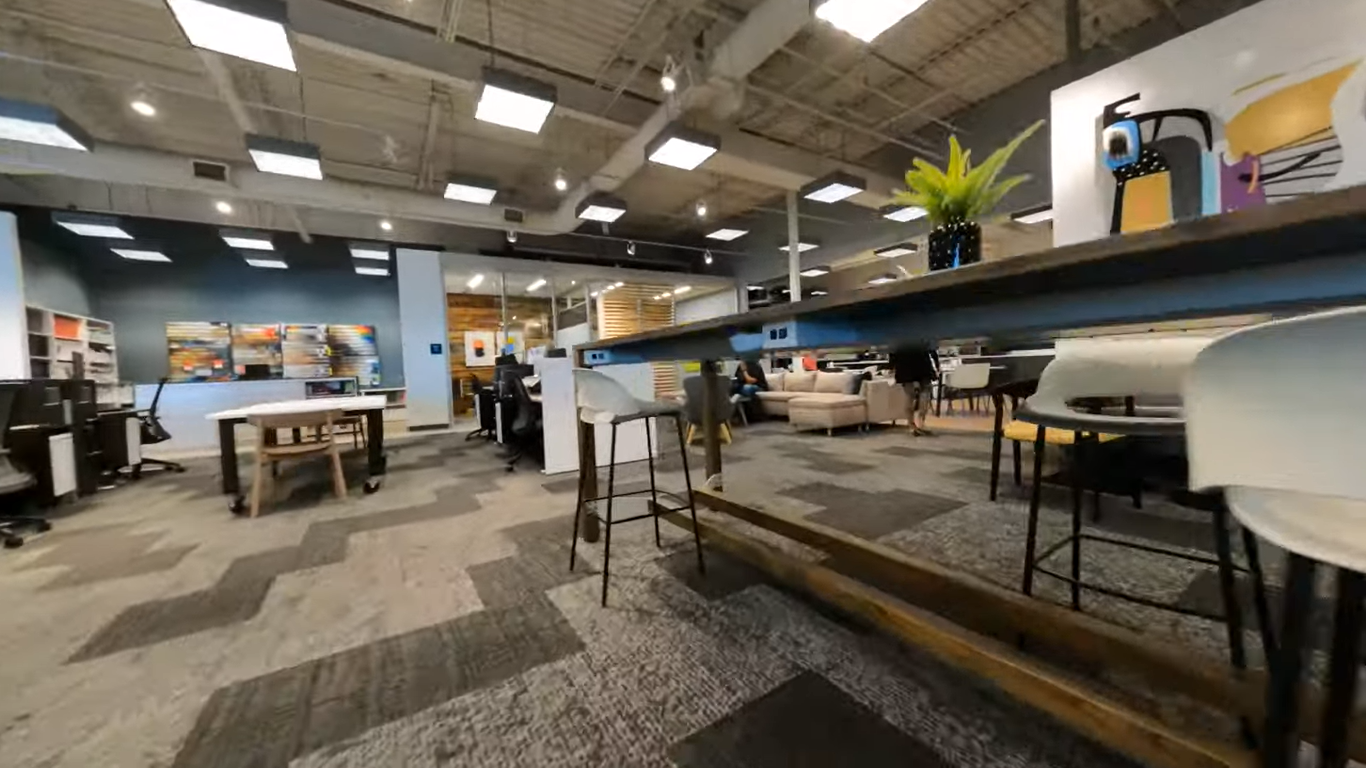 Rodney White was first introduced to drones as a photographer and videographer for the Des Moines Register in 2016.

Gannett, along with other newspaper companies, set up a training program with the Federal Aviation Administration to teach multimedia reporters the ins and outs of flying drones for commercial use.

White said the training was like a “lighter version” of pilot’s training. He learned FAA’s regulations for drones and got a crash course in navigating airspace. But at the end of it, he returned to Des Moines ready to use his license to fly.

A drone was used primarily for covering events as they happened or showing a different view of real estate tours, he said. He remembers working with several other local reporters to cover the Plaza Lanes fire in 2017, and coordinating with firefighters who also flew a drone to identify hotspots.

Bing Bang CEO Brandon Bingham said the company has used drones like the ones White used at the Register to capture aerial footage for clients since late 2015.

It was not a smooth start to the venture, though. Bingham said the first flight, filming the covered bridges in Winterset, ended with a “destroyed” drone.

“That was the moment that we probably should have shut the drone operation down altogether,” Bingham said. “But because of great people and just the collective teamwork of the Bing Bang nature, it was, ‘let’s just figure out how we do it better, let’s figure out how we can learn from it.’”

From that failure and the decision to keep trying came a new venture for Bing Bang: first-person view (FPV) drones. White started training himself how to use them in May and the company’s first project debuted in September.

What FPV drones are and how they work

A FPV drone is designed for drone racing because they are far more agile and move much faster than standard aerial drones, up to 100 miles per hour in some models.

But White said in recent years content creators have started utilizing FPV drones to give building tours and other traditional walk-through videos a new twist. One unique use he has seen are films by Austin Blair that follow race cars driving at the Knoxville Raceway.

To fly an FPV drone, White uses three pieces of equipment: the drone itself, pictured, a pair of goggles similar to those used for virtual reality and a controller.

The overall simplicity of the equipment does not translate into easy operation, unfortunately.

The eight-inch wide drone consists of four motors and two cameras. One camera is a GoPro that sits on top of the drone — it is responsible for filming a 120-degree view during flight, and has software embedded in it that helps keep the footage stable. A piece of equipment called a gimbal also helps stabilize any vibration or movement coming from the drone itself.

A lipstick camera, as it is knowns, provides the same 120-degree view, but is fed back to the goggles so the pilot can guide the drone remotely. White can stay in one place while still seeing everything the GoPro is recording.

In addition to the way it looks, the controls and the operation of FPV drones also differ from the aerial drones White had used before. Every night for three months, he slowly built up his skills flying the new aircraft in outdoor open spaces around Des Moines.

FPV drones do not have some of the built-in mechanisms that others do like object-tracking or obstacle avoidance. White said this means the pilot has to be more active in guiding the drone and keeping it steady.

Handling the drone became much easier once he got his “stick time” in and mastered the controls.

“When you let up on the controls, [an FPV drone] just keeps going in whatever direction it was last going, you have to control it and rein it back in,” he said. “If you’re doing a simple turn, you have to use two sticks. Instead of just pushing to the left to turn left, you have to turn left, tilt up [and] add a little thrust, otherwise, it’ll fall into the corner.”

Now, operating the drone is all muscle memory, and White put the new skill to use for the first time in August.

FPV drones’ ability to navigate corners and small spaces is valuable to racers trying to move through a course as quickly as possible, but also to content creators like White, who don’t plan to move near as fast.

With Bingham and White’s backgrounds in journalism, the goal of their content is to share stories, and the focus with FPV drones specifically is to feature spaces in ways clients and customers have never seen before.

“The folks that are doing this well are doing it well in both spaces. They’re able to masterfully fly, but then they’re also able to tell the story visually and emotionally in a way that is effective and invokes that call to action,” Bingham said.

Storey Kenworthy, a Des Moines-based office furniture and supply company, approached Bing Bang about an FPV drone project after seeing a popular video by JayByrdFilms doing a fly-through of a Minnesota bowling alley.

After remodeling their office space and warehouse, Storey Kenworthy wanted to use FPV content to showcase the changes and all the parts of their business, and it has become Bing Bang’s first FPV fly-through. (Watch the video on YouTube)

To create the immersive video, White spent the day of the shoot absorbed in the process. He walked through the space before filming and worked with the employees in the office to set up shots the drone could fly into like a meeting or someone pushing a cart through the warehouse.

The final product starts with an exterior shot before entering the building and tracing its way through the entryway and open-concept office and meeting space, down the aisles of the warehouse and across administrative offices and break areas.

Even with all his practice, White said getting a take where the drone didn’t hit an obstacle or crash took about two hours. Then he took another hour and a half to record audio of people’s conversations and other sounds of the office that would be overlaid onto the video for another engaging aspect.

White said he’s learned that FPV drones don’t like to hover; they work best when they’re constantly moving forward, and both he and Bingham want to see the medium evolve and be put to unique uses at Bing Bang.

White has a couple of projects currently in the works, and Bingham said the Storey Kenworthy project has triggered interest in FPV content from around 5 to 10 of their clients who are looking for ways the medium can be useful to their business.

Bingham thinks FPV content being a novel concept can also help show what is distinct about Des Moines and the state as a whole.