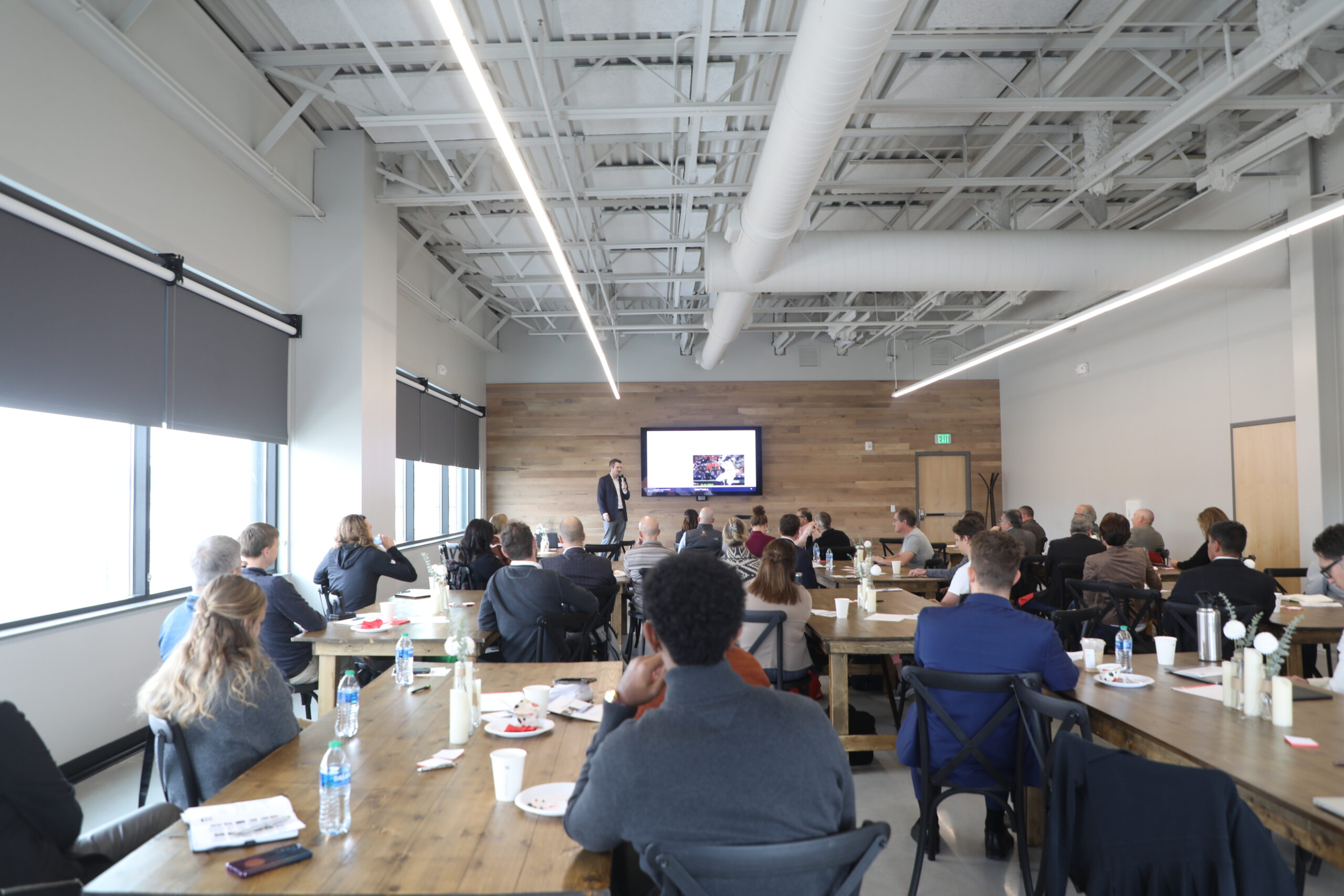 The Greater Des Moines Partnership and ISA Ventures hosted the first Iowa Angel Investor Summit on Nov. 18 as part of an initiative to address gaps in the entrepreneurial ecosystem identified by the 11-person group of Central Iowa stakeholders participating in the MIT Regional Entrepreneurship Acceleration Program. The goal of the event was to initiate more relationship-building among existing Iowa angel investors and connect and educate aspiring investors.

In recent months, the question of where the Central Iowa entrepreneurial ecosystem’s strengths and weaknesses lie has captured the attention of the 11-person group participating in the MIT Regional Entrepreneurship Acceleration Program (REAP).

One definite answer is that there is a continued need for access to risk capital for early-stage startups, which was discussed during the first Iowa Angel Investor Summit held on Nov. 18.

Dhawan added that as far as risk capital needs are concerned, early-stage startup capital “needs filled more urgently” than any of the other four.

The specific early-stage funding gap on the group’s radar is finding sources willing to help startups that have raised around $25,000 in funding get up to the $500,000 level, where angel investor groups are generally more willing to join the round, Dhawan said.

If the Iowa ecosystem is successful in addressing the needs for early-stage and mid-stage capital, Dhawan said it would set the stage for “a big lift” that the MIT REAP group desires: attracting five $100 million funds to Iowa in the next five years.

“We get it’s a big lift, but without a big lift there’d be no reason to create strategy anyway,” he said. “We think that’s going to be a necessary element because if [filling] those first two [gaps] are successful, then this $500 million worth of capital is going to be needed.”

Mikayla Sullivan, senior associate with ISA Ventures and a member of the MIT REAP group, told the Business Record in an interview that involving angel investors in addressing early-stage funding gaps starts with better connecting the Iowa angel community and welcoming new investors into the fold.

She said the summit was an attempt at connecting the community that is currently located in “pockets” across the state.

Simple changes can make a difference to both founders and investors, such as putting founders in front of wider audiences of angels. Plains Angels and ISA Ventures work to put pitches in front of more investors, but Sullivan said scaling the strategy would give founders more time to build and investors could streamline their due diligence process.

Sullivan said as well as supporting angel investing activity, Iowa’s ecosystem would benefit from an institutional investor, like a venture capital fund, that is focused on startups at their earliest stages.

“I think there’s something around how do we increase early-stage institutional capital that also helps de-risk the risk capital stage because if you have a fund that’s doing pre-seed rounds saying, ‘Hey, I’ll write a $250,000 or $500,000 check to lead a $1 million or $1.5 million round,’ that’s pretty significant and I think that also gets angel investors excited,” Sullivan said.

She said the more early-stage capital in Iowa “the better” as it would help fuel startup activity and raise the bar for innovation.

“When I think about who are the people that are going to most impact the state and the growth and perhaps be those philanthropic donors 10 years down the road, it really is the founders that are starting and building companies here,” she said. “That might not mean their entire team is here, but what I would hate to happen and what I’ve seen happen is founders feel like they need to relocate to another state or another city because that’s where the capital is.”

More companies and investors working in Iowa would mean more returns flowing back into Iowa’s economy that founders can use for their growth and investors can recirculate through the ecosystem.

“Why do we want those dollars being returned to investors outside of the state? Why not support the ecosystem here?” Sullivan said. “How do we make that more accessible and easier for investors to raise their hand and say, ‘Yeah, I want to be a part of this’?”

An accredited angel investor is a private individual who has a net worth of $1 million or more in assets, excluding the value of their personal residence, who seeks to invest in early-stage startups. Given the risk associated with startups as an asset class, this type of investment typically does not represent more than 10% of the investor’s investment portfolio, according to Investopedia.

Early-stage funding may also be called a pre-seed or seed round. Both refer to some of the first capital a startup is raising. An early-stage investment can range from less than $100,000 up to $500,000 or $1 million.