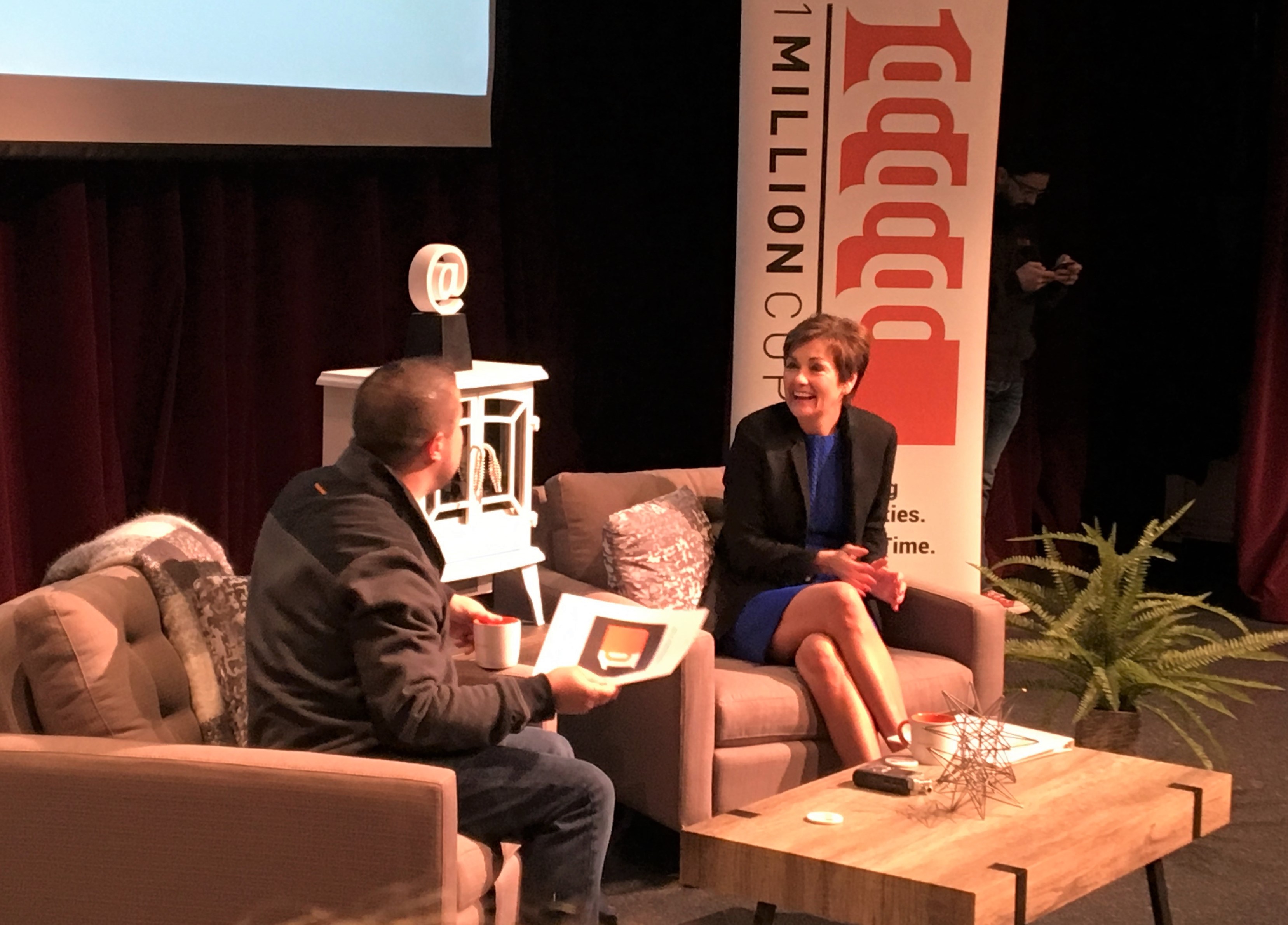 For the first fifteen to twenty minutes, Iowa Governor Kim Reynolds stood at the lecturn addressing a room of more than 50 during Wednesday’s 1 Million Cups meeting in the Science Center of Iowa. Then in about three minutes, 1MC organizers set the stage – with armchairs, a coffee table and a gas fireplace – for a casual “fireside chat” with Reynolds, led by Ben McDougal.

While Reynolds emphasized Iowa’s climate for new businesses – “Let’s build on the positives,” she told McDougal – Reynolds also identified the tax code and healthcare plan costs as a barrier to small employers.

“Insurance is critical right now, because as they’re trying to hire and be competitive with the escalating costs … They want to provide for their employees, and it’s just so hard to do that,” Reynolds told the Business Record. “It makes them not as competitive, and they have an even harder time getting a workforce.”

Wednesday was the first event Reynolds attended as governor, although she has previously visited events at Iowa City and Cedar Rapids. McDougal considered it a “milestone” for the Des Moines branch, which has been ongoing for three years at the Science Center of Iowa.

“I felt like it was a really nice balance of things that were making an impact, yet still fun and casual, which goes into the vibe of what 1 Million Cups is,” McDougal said.

“Connecting those entrepreneurs with the resources, the mentors, the insight so that they’re able to build as effectively as possible – failure’s OK, but let’s try to avoid it by connecting them with folks who have been there before,” McDougal added.

Reynolds joined 1 Million Cups a day after the Iowa House approved the “Future Ready Iowa Act,” key legislation in the governor’s plan to provide education or training beyond a high school degree to 70 percent of Iowa’s workforce by 2025. The bill passed unanimously, 98-0.

1 Million Cups meets every Wednesday at 8 a.m. in the Science Center of Iowa. For more information, visit 1millioncupsdsm.com.