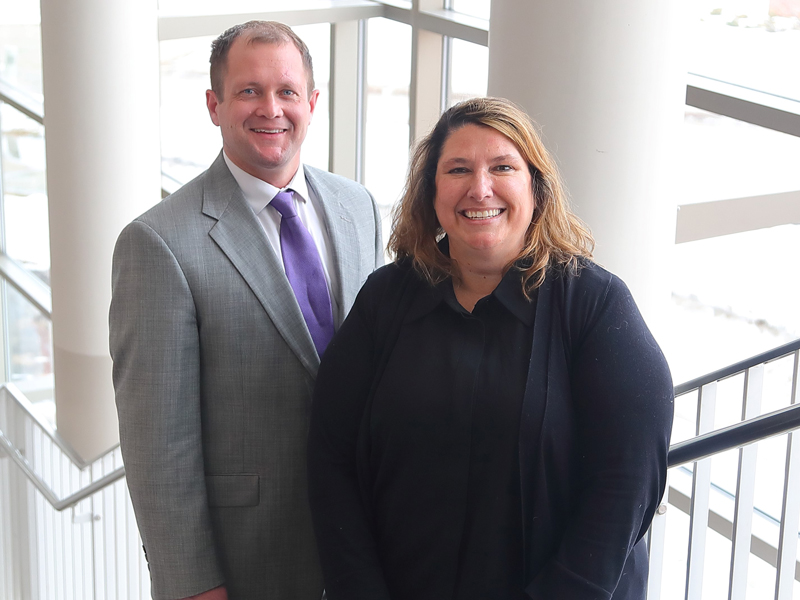 Imagine you found out that all of your neighbors, like you, were planning to sell their homes within the next 10 years. Might that ignite a greater sense of urgency about when you get your own house on the market?

The majority of small-business owners in Iowa face a comparable scenario as they and their aging peers approach retirement, says Dan Beenken, program director and lead consultant for Advance Iowa. About 70 percent of all companies with employees in Iowa are owned by baby boomers, and about three-quarters of companies are expected to change hands within the next decade.

Consequently, succession planning and exit strategies have become one of the top assistance priorities for Advance Iowa, a multifaceted small-business assistance program based at the University of Northern Iowa in Cedar Falls.

“That’s a huge glut of companies,” Beenken said. “We’re getting people to think about not only are you trying to sell your company, but three-quarters of the existing companies out there are also.”

Now 4 years old, the Advance Iowa program takes a “grow your own” approach to economic development by providing information and tools to existing small and medium-sized businesses.

Services provided by Advance Iowa’s six-member team of consultants range from CEO peer roundtables to strategic planning, financial benchmarking and market intelligence. From its base in Cedar Falls, the program strives to serve companies in all 99 counties, with the help of consultants sprinkled throughout the state, Beenken said.

“We live on this mantra that it can be lonely at the top,” he said. “That certainly defines a lot of our clients, that they don’t have a lot of true peers they interact with enough to be able to learn from. So when they’re faced with a fork in the road, oftentimes the founder doesn’t have a lot of great VP talent to bounce ideas off of. And they don’t want to appear vulnerable.”

Advance Iowa is built on the concept of “economic gardening” that was first developed in Littleton, Colo., in the 1980s. In 2010, the Edward Lowe Foundation established the National Center for Economic Gardening, and a number of states, among them Iowa, Florida, Michigan and Missouri, launched statewide programs.

Advance Iowa’s “sweet spot” clients are generally locally owned or family-owned businesses with between about 10 and 100 employees. It has worked with companies ranging from high-tech manufacturers to assisted living centers and in every type of industry in between. For instance, Advance Iowa provided strategic research for Sterzing’s Potato Chips in Burlington that helped the company look into new product lines and territories in the Midwest. Another client, EmbarkIT in West Des Moines, received guidance on rolling out its new help desk feature on its website.

“We don’t place a lot of parameters on who we would work with, because we recognize that regardless of business type, a lot of them have the same types of issues,” Beenken said.
The program, which gets half of its funding from state appropriations and half from client fees, has completed 344 client engagements over the last four years, and the companies assisted have added some 275 jobs.

“A lot of the companies we’ve worked with are launching new products or services as a result of the strategic planning we do with them,” Beenken said. Additionally, “the things they’re hearing in their peer groups are helping them ferret out new ideas, new concepts, new growth strategies going forward.”

The CEO roundtables organized by Advance Iowa have proved to be “extremely successful,” he said. “We continue to see growth in those roundtables. We have 100 percent renewal rates from our members, who love to interact with other people who are in their shoes. This is an opportunity for them to do that confidentially and learn from each other’s mistakes instead of always learning the hard way themselves.”

Another key service is strategic planning facilitation, in which an Advance Iowa consultant will come in to meet with the owner and his or her management team.

“It forces them to block out some time and think about ‘Where is my company headed?’ ” Beenken said. “Oftentimes it’s very hard to do that on your own, to force yourself to do that. If someone from the outside is coming in, it becomes a lever to make that happen.”

Besides ramping up its succession and exit planning efforts, Advance Iowa will be doing more work with family-owned companies, Beenken said.

“For a lot of communities, (family-owned companies) are the bedrock of the economy locally and across Iowa. They have some unique issues that they face in terms of succession and next-generation development, estate planning. How do we connect them to their peers?”