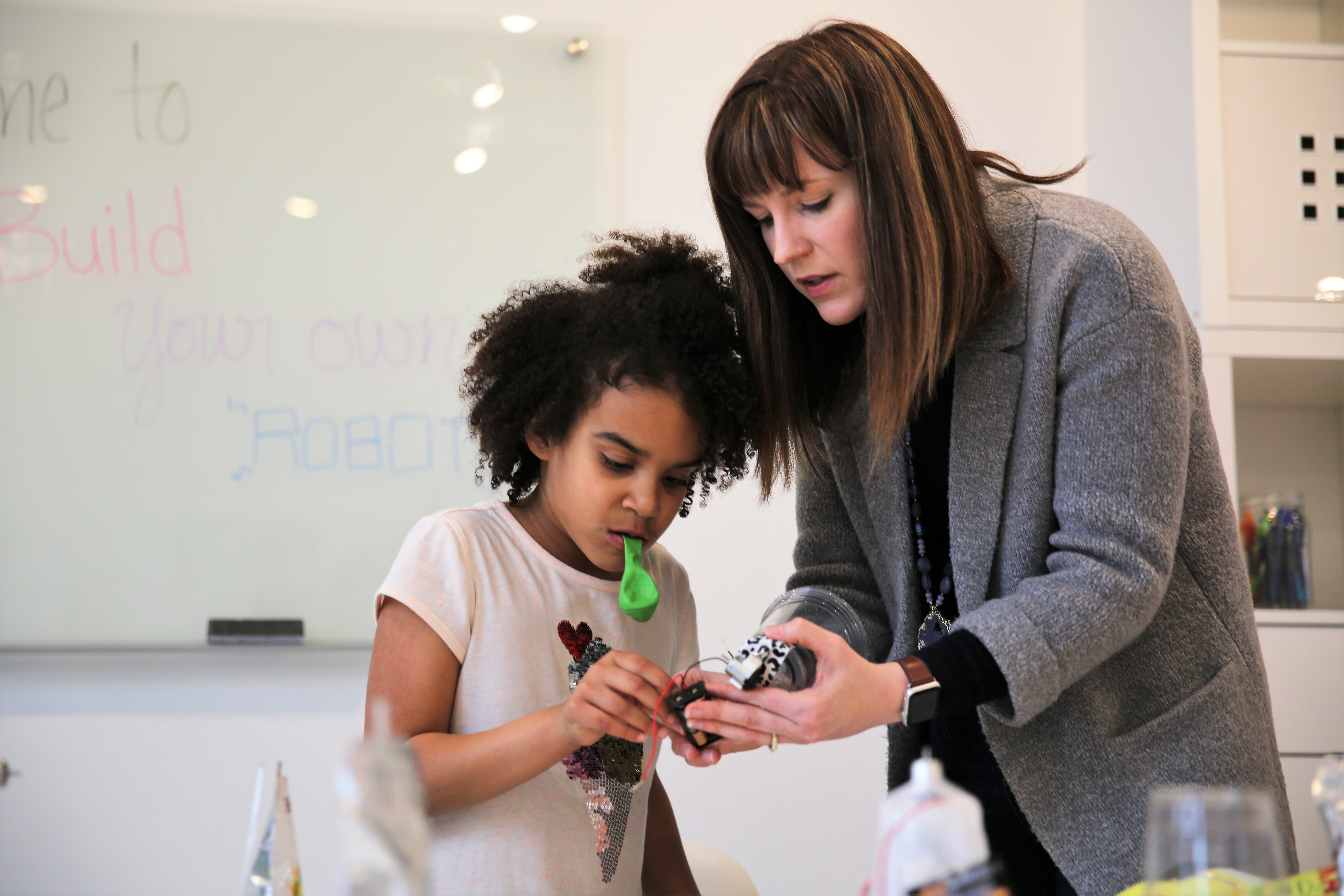 At the start of 2017, chemical engineer Meredith Smith was frustrated by the statistics of workers in her industry.

Women held 24 percent of all science, technology, engineering and math (STEM) jobs, and only 14 percent of engineers are women, the U.S. Department of Commerce reports. Looking deeper, the National Science Foundation’s annual indicators report found that among 6.4 million workers employed in science and engineering occupations during 2015, 67 percent of those workers were white, 21 percent were Asian, 6 percent were Hispanic and 5 percent were black.

The 2015 “She Matters” study by Iowa Women Lead Change, an organization dedicated to advancing women in leadership, found Iowa women held 48.5 percent of occupations in “science research and development” and only 26.9 percent of “architectural and engineering” careers.

“At some point you realize, ‘Where are they?’ ” Smith recalled. “I’ve always been really passionate about that, and my husband said, ‘You should do something about that.’ ”

STEM education efforts have broadened nationwide and in various industries. Des Moines women are part of that, pioneers trying to bring STEM education initiatives to communities that are underserved and under-supported in Iowa.

As a sophomore at the University of Georgia, Antoinette Stevens learned that less than 1 percent of the technology workforce was occupied by black women. She’s now a cybersecurity analyst with Principal Financial Group in Des Moines.

Stevens took action almost immediately while settling in the state. She founded Reboot Iowa in 2016, initially planning to develop a nonprofit code school. She quickly realized that adults weren’t lacking in education opportunities to learn how to code; instead, they were lacking a starting point.

“There’s not a lot of places you can go if you have no idea what you’re doing, or what any of it means. We want to be that support system for people, so they don’t give up just because they can’t find the information,” Stevens said.

“I want to get to the point where people don’t feel so lost when they look at where the technology is going.”

She started visiting regional nursing homes to teach the basics of Facebook, Skype and online privacy. She’s hosted a daylong Python coding session at the Science Center of Iowa, and has put on events at Gravitate, the downtown Des Moines co-working space.

Meanwhile, Smith turned to her own career experience when designing what would become TigerLily STEM’s programs for students in grades K-12.

“I was very thankful to have a great support system. I was also very fortunate to have access to a lot of leadership development throughout high school and college,” Smith said.

With that background in mind, leadership activities are a priority for her students when they attend small-group sessions in TigerLily STEM’s new classroom in West Des Moines — a former clothing boutique, with natural light and several study spaces Smith has arranged to accommodate both one-on-one and large-group study sessions.

TigerLily STEM offers a scale of services, depending on what students or families need: private tutoring for students in elementary science to Advanced Placement courses; weekly programs and birthday parties centered on an age-appropriate, science-based activity; and free high school study sessions on Sundays, hosted at TigerLily STEM.

Smith and her husband split the business duties while both keeping their full-time jobs elsewhere: While she runs TigerLily STEM’s curriculum development, classes and tutoring, he works on the back-end books and logistics. Smith also employs women part time who are working in STEM fields and can share those experiences with girls.

“Anytime you can see someone who’s succeeding in STEM, or a field that you’re interested in that looks like you, that can be very encouraging to you,” Smith said.

REACHING OUT
Stevens sees a mix of people turning to her workshops and resources: women interested in entering the field, employees working in nontechnical roles who want to better understand coding, and college students. Reboot Iowa is currently building out a resources listing on the website for adults considering going back to school for coding — including free resources and one-off programs in the region.

There’s still a population that isn’t hearing about Reboot Iowa’s services, and Stevens and her volunteer board are exploring what it takes to reach those individuals.

“I really do want to get to the place where we begin targeting lower-income populations, but reaching them is a little more difficult than putting an ad on Facebook,” Stevens said. “Finding a way to reach those populations is the challenge we’re at right now.”

Stevens reached beyond Reboot Iowa quickly, co-founding the Des Moines chapter of Girls Who Code in 2015 and teaching Python programming and web design to member students in grades 8-12.

This year, Stevens took a step back from the club to plan the first Glimpse the Future conference for March 1, 2018, which invited female high school students to explore computer science careers.

“They really hate sitting still,” Stevens said. “They really liked the panel, but they also want something more interactive. So I think I’m going to try to do a large-scale, interactive coding workshop and a panel. … A lot of them said, ‘I don’t really know what coding is. This is cool, but I wish you had started somewhere here.’

“It taught me that I had to go even more basic, which is where I thought I had to be, which is good.”