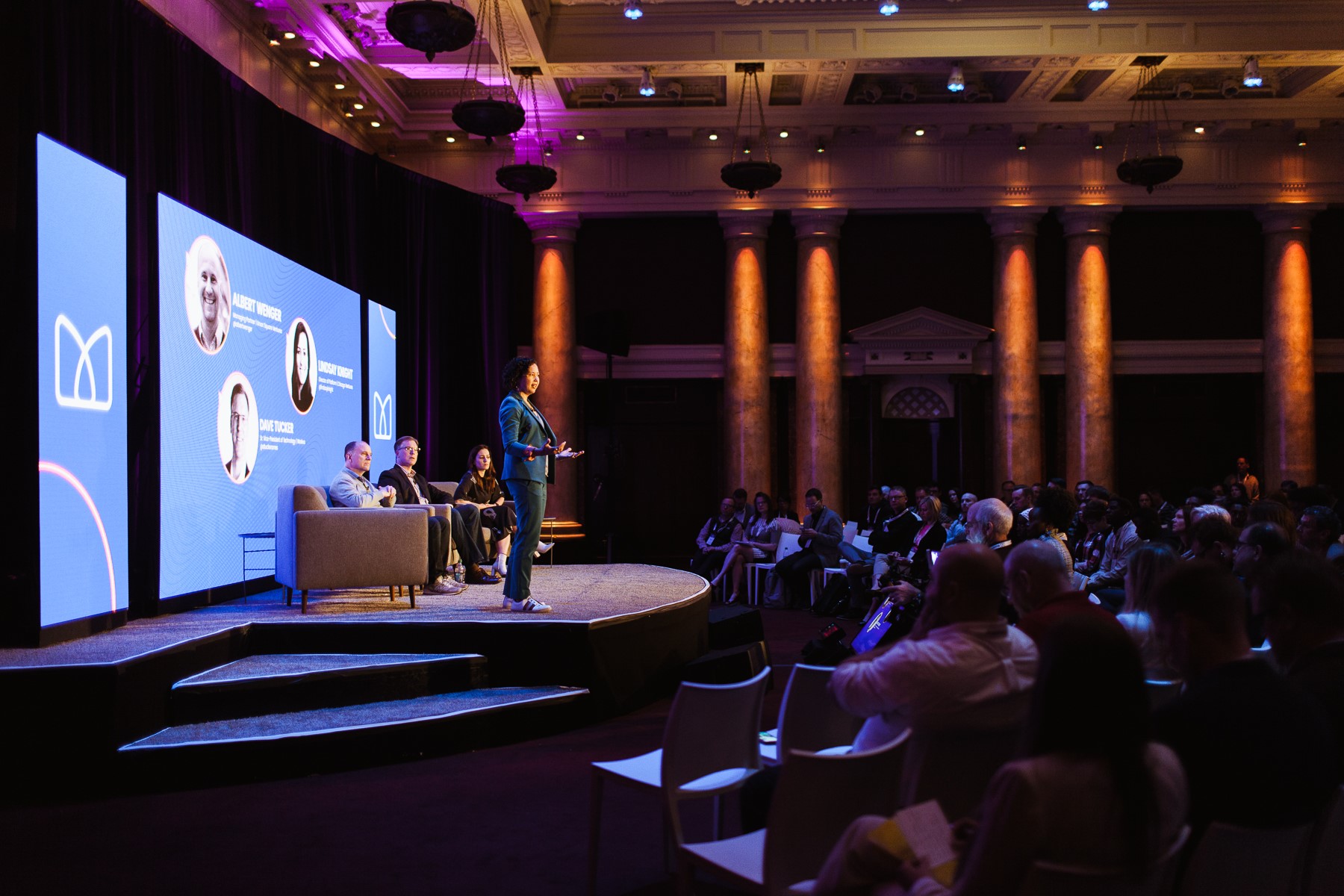 Monetery Tech Summit 2019: Where will we go?

Matthew Prince once wrote a college thesis arguing the internet would be a passing fad.

Lucky for him, he was wrong. Prince is the co-founder of Cloudflare, a company that, if all things go as expected, internet browsers may never even know if they are using a Cloudflare product. Cloudflare code affects more than 200 million web surfers, the company says — a far cry from other 1990s trends.

The discussion between Prince and Dwolla founder Ben Milne launched the second Monetery Tech Summit on Tuesday at the Temple for Performing Arts. Six sessions throughout the day explored speech on the internet, startup advice, company management and the future that tech ushers in.

“Advertising at some level is the only really fair, equal access micropayments system that scales,” Prince said. “If everything goes behind some sort of subscription, that’s fine for me … but I’m worried [about] that kid that’s sitting in Djibouti or Indonesia, or Malaysia who is really, really smart. And if they had access to information, they’d be able to do amazing things,” Prince said. “We have to have a much more nuanced conversation around these things.”

ON FREEDOM OF SPEECH, HATE SPEECH AND COMPANY RESPONSIBILITY

Operating Cloudflare at that scale has put into perspective the worldwide value of the U.S. freedom of speech model. It has also provided technical support to websites promoting hate speech — and in late 2017, Cloudflare garnered headlines when the company terminated support to the Daily Stormer, an American neo-Nazi editorial and message board website considered to be part of the alt-right movement.

“The more accurate description of it … was a trolling website, where a bunch of people were trying to say the most disgusting things they could think of to provoke a reaction,” Prince said.

Cloudflare ended technical support for the Daily Stormer after the Unite the Right rally in Charlottesville, Va., and published a blog post about why they believe their own action against the site was dangerous.

“The question we have always asked ourselves was, ‘If Cloudflare ran the internet, what would we do?’ … Today, Cloudflare runs a whole bunch of the internet, and we can, at some level, pick and choose what is and is not online,” Prince said. “But I don’t think that I have, personally, any political legitimacy to be the arbiter of what is and is not online.

“With Facebook, at least you know you’re using Facebook,” he added, comparing criticism of the two companies’ handling of hate speech. “The problem with Cloudflare is that we’re deep undercover, and you have no earthly idea if you’re using us or not.”

“What’s been interesting is that since then, the types of internet policy that have come out which are going full after Facebook, YouTube and others have specifically carved out organizations like us, and I think that makes the internet a better place.”

“I think that every time one of us invests in a startup, or maybe it’s even three or four startups, we should throw a check to a college that has a good ethics program,” Reed said. “We have to train these young people who are obviously smarter than us to be the leaders that we need in the future.”

As far as regrets, he has many as both an entrepreneur and campaign technologist: “We invented the technology that everyone is using to target you every day on Facebook for politics,” Reed said. “That was something we invented and kind of chartered out there. That’s a conflicting thing.”

A panel session featuring Martina Lauchengco, Albert Wenger, Dave Tucker and Lindsay Knight grappled with building small companies successfully amid the high pressure placed on startups — including the hiring process for entrepreneurs who now find themselves acting as managers.

“You hear the term ‘culture fit’ a lot, which I hate,” Knight said. “I think ‘culture add’ is a better term. Going into these conversations, having an understanding and an idea of the folks that are going to be very additive to your team.”

Hire for the company as it is, Lauchengco added, and not the future “unicorn” the company wants to be.

“You might optimize on the candidate that is really strong in marketing and positioning, but not as strong in management … as you need at this time. It’s OK for things to shift and change as you grow,” Lauchengco said.

Sherri Davidoff, founder of LMG Security and BrightWise, told the story of how she was inspired by MIT’s campus to introduce Sharpies and a “free drawing” policy on the walls of LMG Security’s new office a few years ago.

“The places that have strong culture are places that have art all over the place, and it’s not art that anybody bought in a store, it is art that the people who live there have created,” Davidoff said. “They are taking ownership and saying, ‘This is our space,’ and making this beautiful work that others respect.”

Encouraging her own staff at LMG to draw on the wall took some time before they felt comfortable taking advantage of it.

“At LMG, people said, ‘Are we supposed to?’ And they got a little mad,” Davidoff said. “What are the rules? Is it OK to draw on other walls? Can we draw on anything?”

Davidoff worked with her staff to set the social boundaries — a few key spaces — to help them develop ownership of the new building.

Most speakers at Monetery agreed on one thing: Everyone’s advice can make a lot of noise for beginning startups.

“Anyone up here is basically telling you their lottery numbers for success. … That’s how advice is, really; I’m up here to say how it worked for me,” Reed said.

And: “One of the real metrics of startup success in my mind is that the core team is building the system they want to build, not the system that they’re trying to copy from somebody else,” Wenger said. “[Giving advice] is a little bit like saying, ‘Here are the lottery numbers that work for me.’ ”

That being said, there is still a place for advice — and if startups don’t need venture capital, panelists said, building without it may place those businesses in a stronger position.

“There is an allure to the narrative of a startup idea, and now I am validated because I have that [venture capital],” Lauchengco said, adding: “There are many paths to success.”

ON DISPLACEMENT AND DESKILLING

Forty-four percent of American jobs are either manually or cognitively repetitive, Yang said, and “at least theoretically subject to automation in this next period.”

“There will be many, many new jobs we can’t predict, and some of you have those jobs,” he said. “But those jobs will have a very high tendency to be for different people in different places, with different skills and different backgrounds than the folks who are losing their jobs.”

Reed, the technologist, set aside some time in his session for the fear that artificial intelligence brings: the displacement of workers.

“Last time I checked, there’s 2.5 million truck drivers alone that could be displaced by an autonomous truck or something that just self-drives. That’s really scary, but the thing that is scarier is no industry is safe,” Reed said.