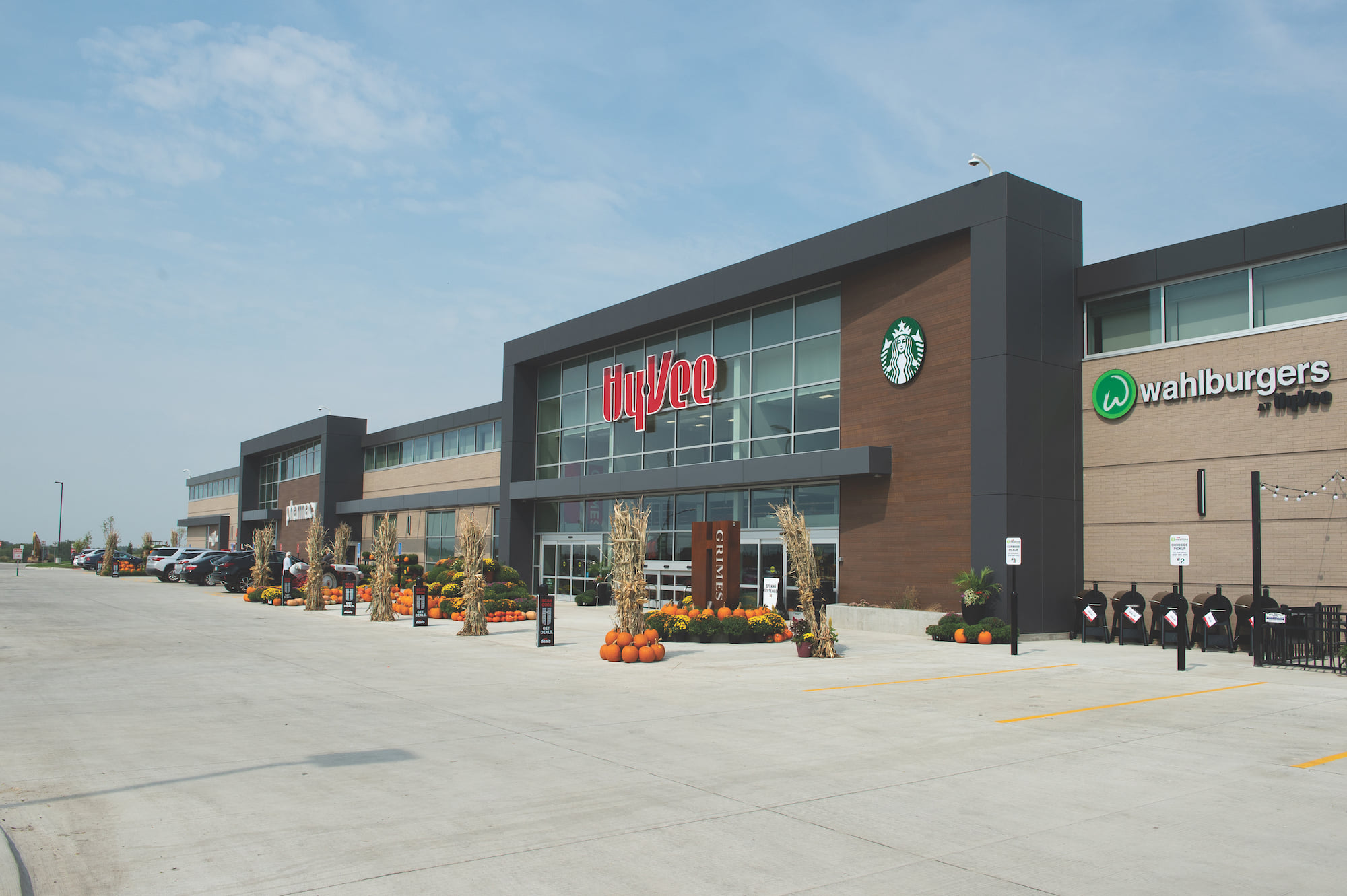 The newest Hy-Vee grocery store opened Tuesday in Grimes, but groceries are only the beginning of what the store will offer.

As Grimes sees a boom in its population and development, Assistant Vice President of Communications Christina Gayman said the new store will follow Waukee and Ankeny as the next location where Hy-Vee can have “quite a large footprint.” The approximately 93,000-square-foot store is now the third-largest Hy-Vee in Iowa and is expected to become one of the top five stores in the state.

“We’re seeing a lot of that same development and growth here, and so it was a good time to go ahead and build and then be able to incorporate so many of these really cool features that we’ve seen work in other markets,” Gayman said.

Concentrating the company’s ideas in one store is not a new concept for Hy-Vee, CEO Randy Edeker said. As the company comes up with new ideas to adapt to changing customer lifestyles, it picks one store to feature them all.

“[Grimes] was the next one that we targeted just to say OK, Grimes is going to be our next store that we’re going to take all of our ideas collectively and put all of our thoughts together in one spot,” Edeker said.

One motivation to give attention to the non-grocery departments is based in part on customer feedback, which has been more in favor of a one-stop-shop model. But new ideas also form when potential partners reach out with concepts that could work in Hy-Vee’s markets.

Gayman said Hy-Vee will often try out new ideas and “see what sticks.” The fitness showroom is the latest experiment — the other departments were all piloted and tested in other stores before coming to Grimes.

With the pandemic decreasing the use of gyms, Gayman said Hy-Vee believes shoppers could find value in building their own home gyms.

Hy-Vee also switched to Toronto-based Joe Fresh Clothing from its first clothing partner after hearing feedback from customers that they didn’t like the products.

“Some [projects], you just know instantly this isn’t going to work, and really that’s just all based off of our customers saying, ‘I don’t like it, it’s not pertinent to me, not going to buy it,'” Edeker said.

The other way Hy-Vee is adapting to customers’ lifestyles is by going digital. Described as the company’s first “smart store,” there are several features within the store that allow shoppers faster ways to navigate, order and check out.

Kiosks are prominent throughout the store. Customers can place cake orders with the bakery or order a meal from one of the dining options at the Food Hall. Several wayfinding kiosks provide product lookup and a map of the store.

An alternative to self-checkout is the Scan and Go app, where shoppers scan their items as they shop and complete their transaction digitally. Also, the more than 170,000 price tags throughout the store are all electronic rather than paper. This translates to employees spending less time changing tags manually.

The Grimes store has a new exterior design made with brick, precast concrete panels and metal flashings, and all future locations will have the same look. Edeker said the exteriors of existing stores will not be fully remodeled to match the Grimes store but will receive touch-ups to create a more consistent look across locations.

In addition to maintaining the new design, Hy-Vee is planning to copy the concept at the Grimes location in future stores.

Two locations modeled after the Grimes store will open soon in Wisconsin and Missouri. The concept will also be applied on a larger scale in stores that will reach 127,000 to 147,000 square feet.