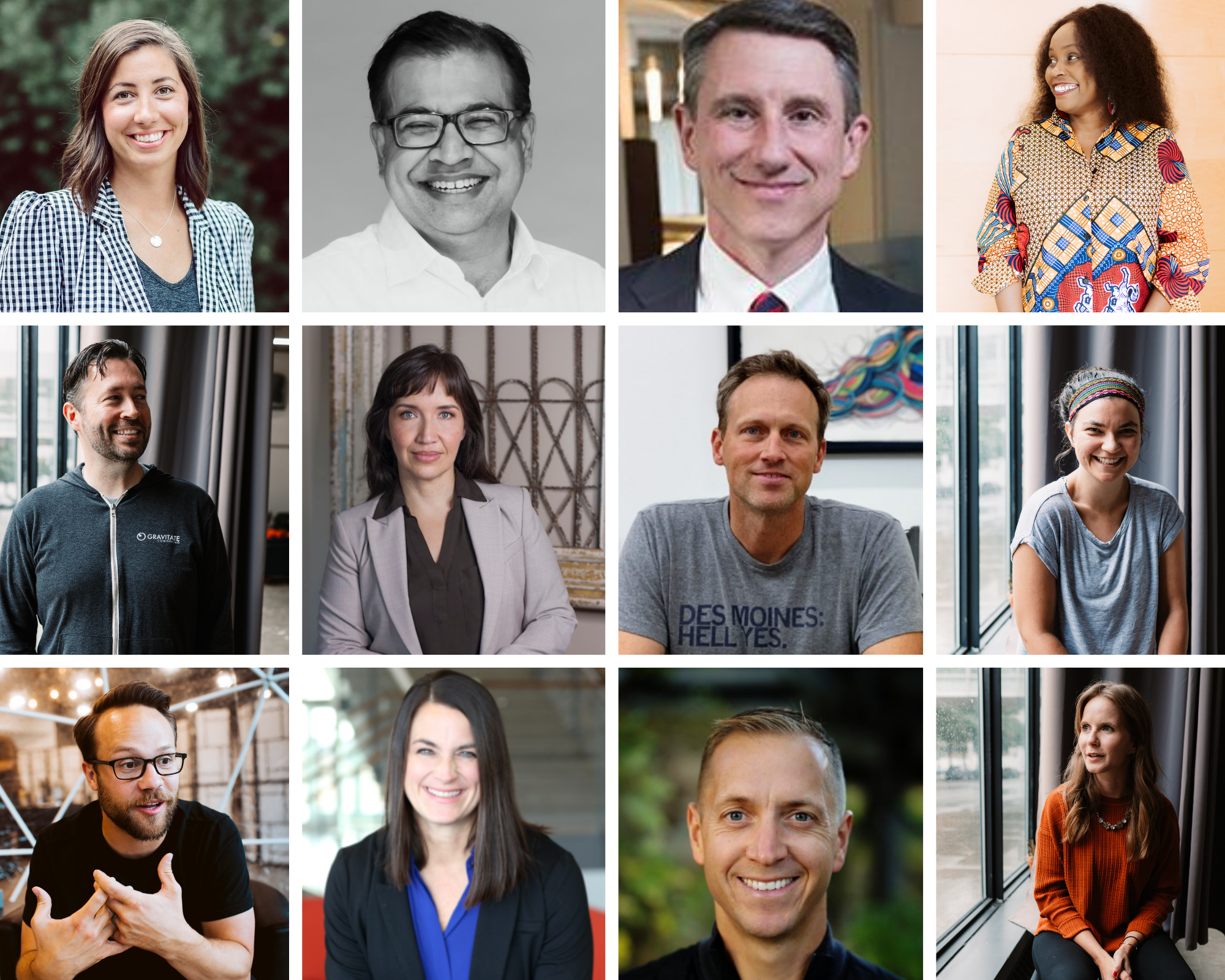 A look into the effort to create a vision, plan for entrepreneurship’s future in the region

Entrepreneurial ecosystem, innovation ecosystem — terms like these are embedded in everyday conversations happening within the business and technology communities.

As a participant of the two-year Massachusetts Institute of Technology Regional Entrepreneurship Accelerator Program (REAP), this group will break Central Iowa’s ecosystem down to its individual pieces to better understand how to help it thrive.

MIT REAP is a global initiative that uses frameworks designed by the university and its faculty to help regions assess their strengths and weaknesses and to define goals, action steps and a vision for their ecosystem’s future.

The Ewing Marion Kauffman Foundation was looking to bring the four Midwest cities together under MIT REAP as part of its priority to spur entrepreneur-focused economic development, according to the Greater Des Moines’ Partnership announcement of Central Iowa’s selection for the program.

The Partnership was approached about applying to the program through its role in the
Heartland Civic Collaborative. Since then, Diana Wright, the Partnership’s startup community builder, has been the point person for applying and building out the group to participate in the program. The members of the group come from five core stakeholder groups: government, university, corporate/existing businesses, risk capital and entrepreneurs.

Wright said each member has already worked on ideas for the future of the region independently that they can now share and unite around.

“MIT REAP has brought everyone together to collaborate and create a plan,” Wright said. “Not to say that there haven’t been groups before us that have come together and created a plan or a vision for entrepreneurship in the state, but this has been kind of unique because it’s an opportunity to bring the five stakeholders together with their different experiences, but under a common goal.”

Here is what you need to know about the MIT REAP program and what the Central Iowa group is working on.

What is the framework of MIT REAP?
The program is built around MIT’s Innovation Ecosystem Stakeholder Model, which focuses on five core stakeholders in an entrepreneurial ecosystem: government, university, corporate/existing businesses, risk capital and entrepreneurs.

Wright said MIT teaches that no one owns entrepreneurship and that each group has its own strengths and ability to contribute to the ecosystem.

“For instance, when we talk about the long-term view, because [universities] are institutions, they will likely be here for the next 100 years, versus entrepreneurs and their startups and their businesses — they might eventually leave and sell it or move around,” Wright said.

Through its work so far, the group has noticed a need to increase the number of growth-based entrepreneurs and businesses in the region, which will be a focus of the groups work throughout the program, Wright said.

The group learned during that exercise that Des Moines’ low unemployment rate might limit the number of people choosing to pursue entrepreneurship, whereas during the pandemic, entrepreneurship appeared as a new opportunity.

Wright said traditional small businesses can also be growth-based entrepreneurs if they think differently about their business model.

What is the group working on right now?
Since returning from the first trip to Boston at the end of June, the group members have embarked on an assessment of the region, gathering data and identifying strengths and weaknesses to help create their vision and set goals for what they want to achieve in the next two years.

The group plans to connect with wider groups of stakeholders outside the core group of 12 to participate in surveys, focus groups and interviews.

Right now, the members are also building a stakeholder map that lists all the organizations in the region that fall under the five stakeholder groups. The map goes beyond the core stakeholders as well to identify other entrepreneurial supports, like events, co-working spaces and innovation hubs.

Wright said she is often a connector for entrepreneurs and other stakeholders in her role at the Partnership, and the map can make connections easier and more strategic.

“We are trying to build a more curated experience for entrepreneurs as they’re entering the community, so it’s pretty vital to then have everyone in each of these buckets that they represent, to know about every other resource,” she said.

In the future, she said she could see the state of Iowa developing a similar map that details resources statewide.

She said the group’s next trip to Boston later this year will also bring the team closer to solidifying a vision for the region and goals to work toward in the next few years.

What are Central Iowa’s strengths and weaknesses that the group has identified so far?
A strength the group has discovered is that Central Iowa and the other Midwest cities in the cohort already offer many of the needed services and resources.

Wright said having other “mature” ecosystems in the Midwest also means Des Moines can connect its entrepreneurs to the resource and investors that exist outside Iowa.

Where there is a weakness is in making sure all the organizations and resources are active and working in tandem with one another, she said.

“Even though we’re all one degree of separation, an entrepreneur can still be unaware of these different resources, so it’s making sure if they bump into someone at 1 Million Cups, that person could guide them and know many of the different partners on this map,” Wright said.

She said the group is also seeing that the region might need new players in the realm of seed stage funding for startups.

How can others in the community be involved?
Wright and the group want to involve a wider group of stakeholders in this work to include as many perspectives as possible. Part of the assessment of the region is interviewing 15 entrepreneurs and 15 risk capitalists or startup investors. Anyone willing to provide their feedback can email Diana Wright at dwright@DSMpartnership.com.

Stakeholders in the investing space can also provide input through this survey.

Anyone interested in more information about the program and the group’s work can also reach out to Wright via email.