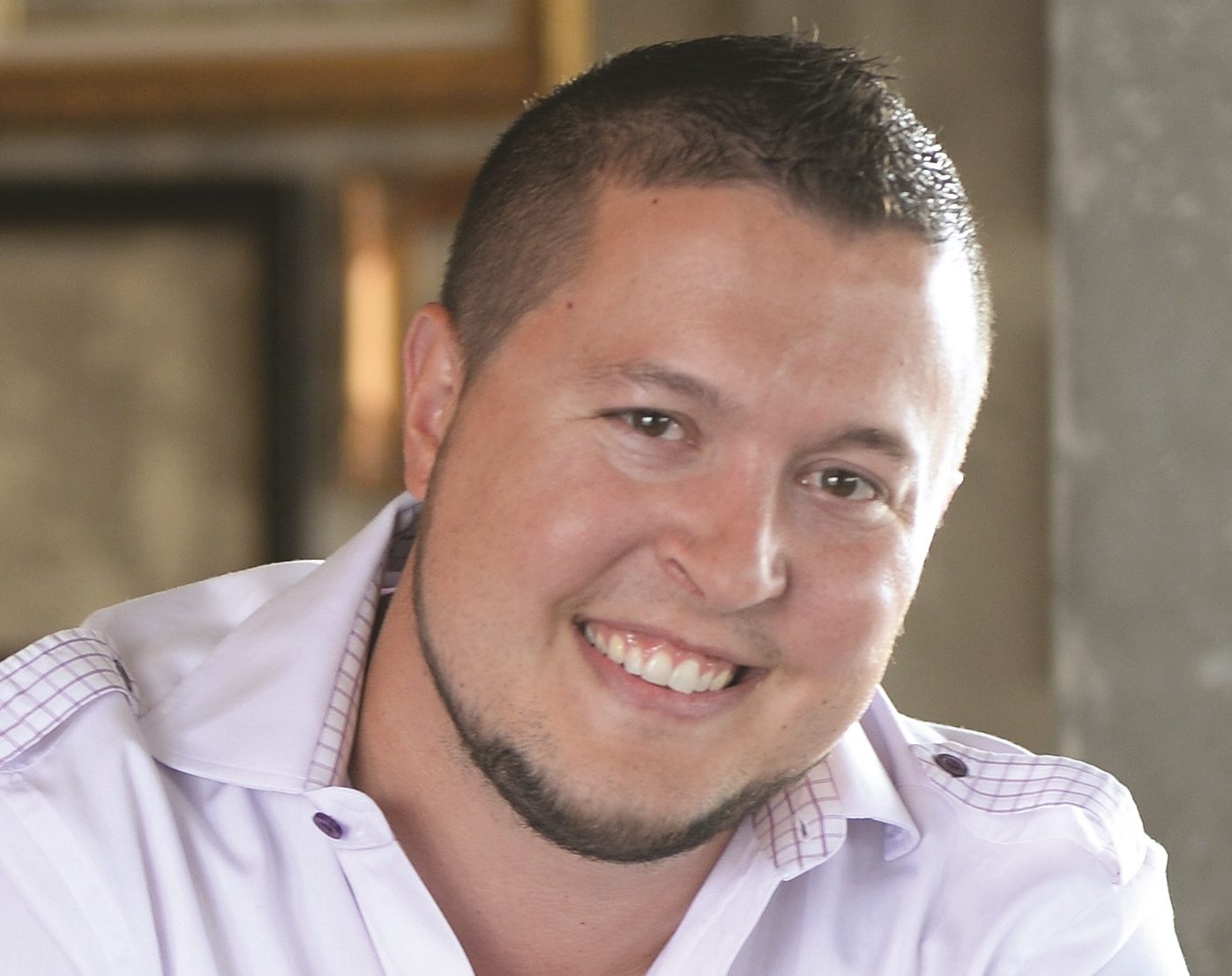 If the Kauffman Foundation’s 1 Million Cups initiative is “church for entrepreneurs,” Des Moines entrepreneur Ben McDougal is preaching the gospel – and his congregation is getting bigger.

After leading the Des Moines chapter for five years – the second 1MC chapter in the country after Kansas City – McDougal is stepping back locally in order to step up as regional representative of 1 Million Cups Midwest. He’ll be coordinating between 58 chapters in the 12-state region, including the five Iowa chapters in Des Moines, Cedar Rapids, Iowa City, Pocahontas and the Cedar Valley.

“There was this growth that was beyond the capabilities of a few people inside of Kauffman,” McDougal said. “The regional rep role was something that I had an opportunity to help build, starting in the beginning of this year.”

McDougal (known as @BENovator on Twitter) also has his own hustles to take care of: he’s a cofounder behind beer startup FliteBrite, the founder/CEO of e-sports/event organizer Jet Set Studio, and the head of marketing and innovation at Drake Homes.

We asked McDougal about his last five years with 1MC, which now meets every Wednesday at the Science Center of Iowa from 8-9:30 a.m. His last day as lead organizer will be Nov. 28 during the chapter’s Year-End Celebration before 1 Million Cups Des Moines takes a December break. The event, as always, is free to the public.

Tell us about the need for regional representatives in 1MC.

It’s been hyper energizing, being able to talk with all these community builders who are simply trying to accelerate others. It’s a really neat type of folk that I get to work with.

Recently we were at the organizer’s summit, which is our annual gathering. Out of the 200 chapters [nationally], 150 or so were represented. So a lot of different people from around the country were coming together to learn topic-based things about 1 Million Cups and how to use it in their community, but also just to connect with each other. This was the first time where that regional layer was very visible, and weaved into all the programming … There’s an understanding of how much we can collaborate. Some of my next moves [are] recapping that, [and] helping to connect these folks beyond just proximity.

…One of the biggest challenges for most chapters is making sure that the presenters are consistent, there for the right reason, interesting and something that someone wants to come out to enjoy.

Where does 1MC succeed?

There’s a lot of communities that are quiet and smaller, and there’s still 30 people there. In the end it doesn’t really matter how many people are there, though. You can have a meaningful gathering with 10 or 15 in a smaller town like that, but as you might imagine, the simple quantity of businesses is lower. So the antidote for them [in] sustainability is connecting with other chapters to have entrepreneurs coming in and keeping things interesting with that.

What we’ve seen in Des Moines and Kansas City and some of the places where 1 Million Cups really thrives, it’s the balance between a lot going on, but small enough to connect. The bigger cities, it’s noisy, so it can be challenging to be the gateway to a larger community … There are experiments where you have six different chapters in Dallas or in Atlanta, and if you’re on that side of town, you got to that chapter. It’s more volume of chapters in a smaller space to try to make the impact that it can … The pure uphill battle of trying to make an impact in that size of a city is challenging.

How is the transition going?

The week after Thanksgiving will be our year-end event. That’s where I’m going to kind of say my farewell, but the reason behind that is a little less about me wanting to say something, a little more like a visible baton to pass to our new lead organizers [Mason Cook and Anne Price].

I believe that this will be a new chapter … but that it’s been built to a place where it can continue to thrive with new energy. There’s still a personal fear of, ‘oh, I hope it remains awesome,’ … but it’s time, you know, I’ve been doing it a long time.

The best advice I got was when you’re starting to feel that type of energy, use it to go into your new role. So when I would feel that, maybe negativity, I would immediately grab the phone and might call another chapter in a different state, you know, driving that energy into other areas. It might not be as much of a visible activity as with 1 Million Cups, but it’s a serious chance to impact way more people.

Tell us about a few of the milestones.

Some of the early days … being over in Valley Junction and the weird little venue that we enjoyed for two and a half years, we were there for a long time. … One of the catalysts for the transition, I had joined the organizing team, we went to one of those summits that used to be more half the country, and I saw what Fargo [North Dakota] was doing with this church-style theater. Matt McKinney and I came back from Kansas City really inspired to see if there could be another venue for our gathering.

So in doing a lot of that legwork moved me toward the lead … That transition is another big milestone for our chapter.

I think it was a good move. It’s changed the vibe, you know, we have a TED Talk every Wednesday morning, at least from the image … Not all chapters need to feel like this is the definition of success.

When the governor [Kim Reynolds] came and shared her thoughts about entrepreneurship as a whole, it was really the opposite of political. It felt great, and it was a really neat moment, I think, for our community … Every week you can learn from someone who’s sharing something they’re so passionate about, and the way our community accelerates others and generates learning, education and energy for whatever they’re building, that’s why I go. It’s my weekly dose, you know, of entrepreneurial energy.