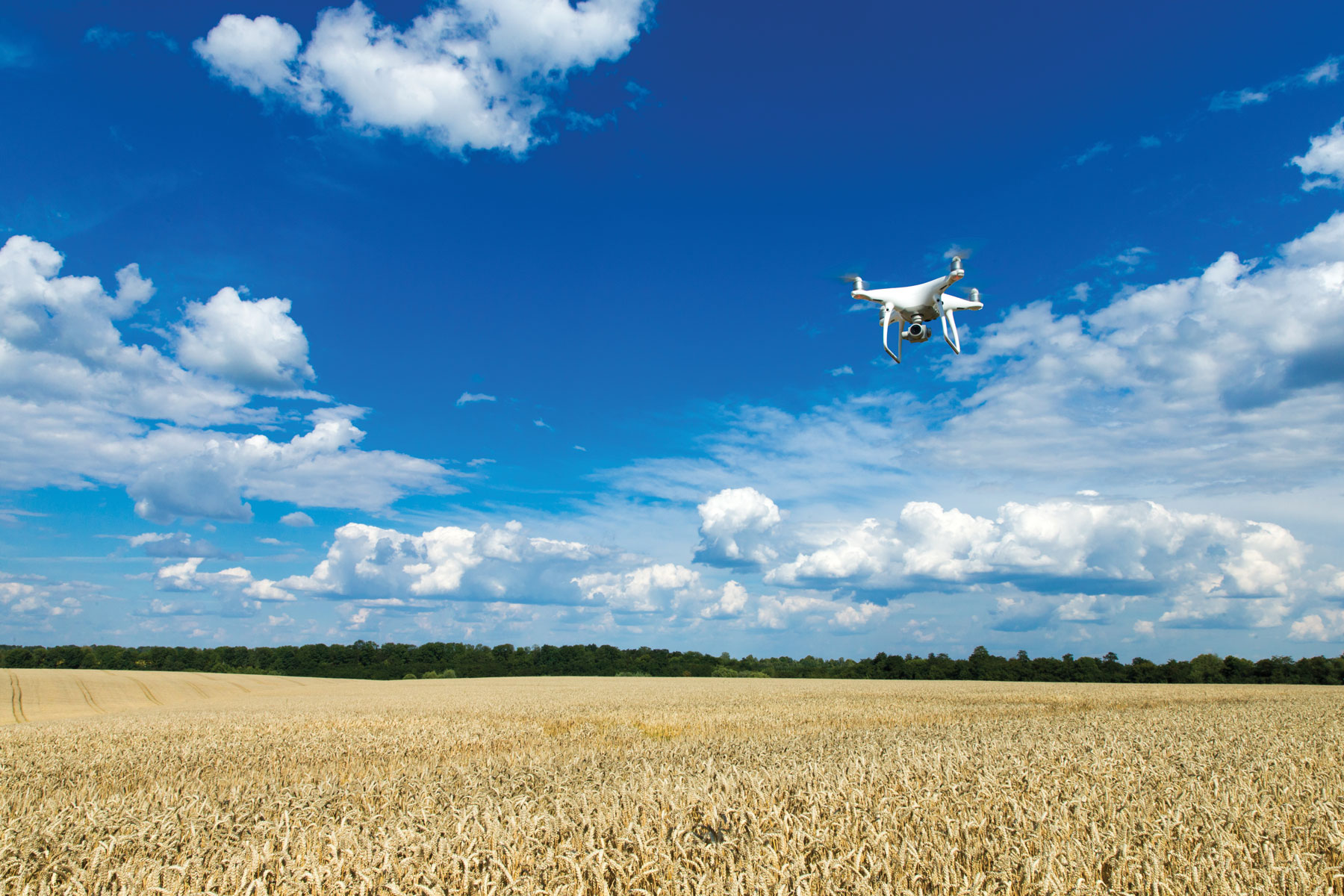 How drones are helping farmers power our region

Editor’s note: This article is reprinted with permission from the May 2019 edition of Successful Farming.

Heavy rains, strong winds, hail and tornadoes have all left their mark on the Applegates’ corn and soybean fields in western Iowa. Since planting their first crop in 1976, the family has watched those storms grow in frequency and intensity.

“Over the last seven years, we have seen increased storm damage, and wind events are becoming more prevalent than hail,” said Doug Applegate, who farms with his wife, Kathy, and sons Brent and Luke.

When their fields are in the path of a storm, there is little the family can do except ride it out and assess the damage once the weather has passed. Yet, traditional practices to accurately quantify the toll a storm takes are rife with challenges for crop adjusters.

“On an 80- to 100-acre field, we would send out anywhere from four to eight crop claims adjusters,” said Todd Manning, a drone pilot and crops coordinator for Country Financial.

“They had no idea exactly where the damage was, so they would have to walk the entire field, which can take anywhere from six to eight hours. It’s not pleasant to walk through tall corn when it’s 95ºF.”

To more efficiently identify areas of crop damage and to reduce the hours needed to settle a claim, the Illinois-based company began using drones in 2015. Today, it has a fleet of 12 drones and employs 15 FAA-certified pilots.

“An adjuster using a drone can scout three times as many acres as an adjuster on foot,” Manning said.

It’s a technology the Applegates came to appreciate when a severe thunderstorm rolled across their cornfields one morning last summer. The highly variable and unpredictable winds topped 60 mph and caused a phenomenon called greensnap.

Corn is most susceptible to greensnap starting at the V10 stage up to tasseling, when it is rapidly growing, according to Roger Elmore, a professor at the University of Nebraska-Lincoln. (At the V10 stage, the corn plant has developed 10 leaves.)

“The effect on yield will depend on the number of plants snapped in a field and where the breakage occurs on the stalk,” he said.

Most plants snap at the node below the uppermost ear, which means they likely won’t produce any grain.

To test that theory, a study Elmore conducted in the early 1990s revealed that if 10 percent of plants were broken at a lower node or near the base of the plant, farmers could expect a 10 percent yield reduction.

A more recent study he participated in showed that when 25 percent of the plants were broken during the critical development stages, there was a 15 percent yield loss.

Because nearly 750 acres of their corn, which was just beginning to tassel, was affected, Applegate thought flying his DJI Mavic Pro drone would provide the most accurate insight for their crop insurance claim. He then ground-truthed specific spots for further analysis.

“The insight gained from flying our fields gave us the confidence needed to ensure we received a fair settlement from insurance,” Applegate said.

Since the severity of damage varied among the seven hybrids planted, three of which had been planted for the first time, the Applegates also wanted to identify the varieties that stayed healthier throughout the year and were less susceptible to greensnap.

“In the worst fields, the damage ranged from 20 percent to 80 percent, but I had difficulty quantifying that information and then associating it with specific varieties in the field,” Applegate said.

A flight with AeroVironment’s Quantix drone, which can cover about 400 acres in 45 minutes, equipped the family with the information needed to assess hybrid performance.

That insight will be helpful for future seed selections. “We compared the Applegates’ hybrid planted maps to the aerial imagery, and we were able to correlate which hybrids stood better than others,” said Matt Strein, director of business development at AeroVironment.

The interesting part, Elmore said, is that the hybrids growing the most aggressively, on some of the best-managed acres, are often the ones that break. If you’re planting a susceptible hybrid, he suggests mixing them up.

“Both wind and row direction make a difference. If possible, it’s wise to plant one set east to west and the other north to south,” Elmore said.

Knowing all of their crop damage is accounted for and having the ability to evaluate hybrid performance are just two of the advantages drone technology offers.

With its RGB color and multispectral imagery capabilities, Quantix can also spot crop health and operational issues that might be missed by the naked eye. “We found a band in one of the Applegates’ fields that they may be able to learn from and prevent next year,” Strein said.

The imagery also revealed how the healthy spots in their fields followed the soil type. “There were actually a couple of areas where I feel the nutrients could be managed differently because of soil type,” he said.

With the platform’s Quick-Look maps, anomalies can also be identified the second the drone lands and then ground-truthed to determine water, insect, weed and disease pressures, so potential issues can be addressed sooner.

Concerned about dicamba drift, Applegate used his drone to reveal if their soybeans had been injured by the weedkiller drifting in from other areas. “The Mavic Pro really opened up the canopy, so I could clearly see down in there,” he said.

Although fewer than 15 percent of growers use any type of aerial imagery to make decisions on their farm, Strein believes drone technology is the next step in precision agriculture.

“We’re not selling snake oil. We’re truly giving growers something they can see and verify with their own eyes,” he said. “It’s decision technology that gives them the ability to make informed decisions in a precise spot and then be able to put that decision to work in-season.”

For Applegate, the value comes in the knowledge he is gaining from the imagery. “We take that learning and apply it in-season or to the next season,” he said. “It evolves into higher yields and higher profits over time.”