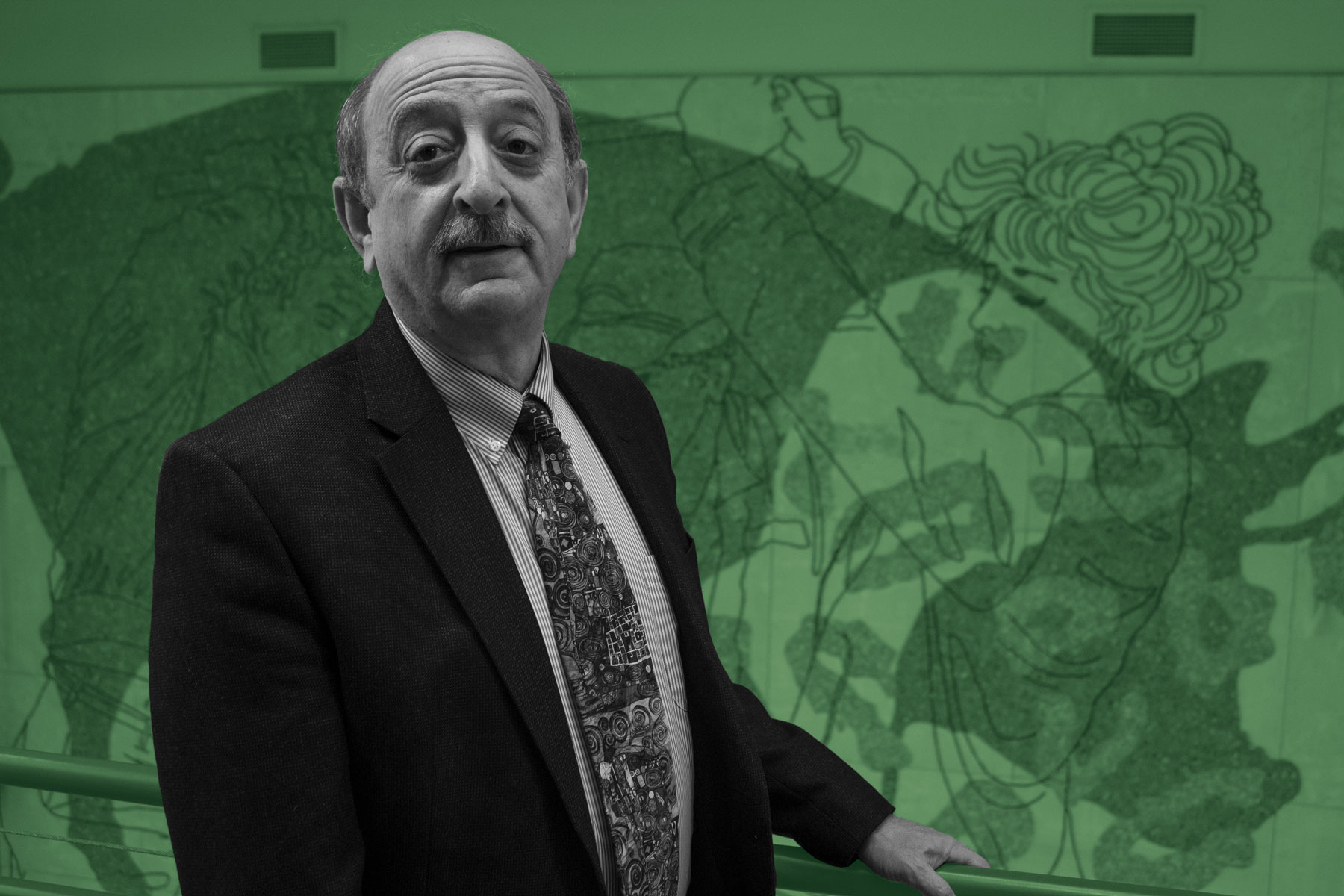 Agricultural research is a legacy of Iowa State University since since it was established in 1858 as a land-grant university. In 1980, Max Rothschild joined that legacy. He serves as the C.F. Curtiss Distinguished Professor in Agriculture and Life Sciences and the Ensminger Endowed Chair of International Agriculture. His field: animal genetics and genomics. In particular, Rothschild focuses on pigs. He discovered genes used to identify animals that produce more offspring and better meat and don’t need as much feed. In 2017, he was named a fellow by the National Academy of Inventors. Rothschild has been awarded 12 U.S. patents and international patents. He works with students who are the researchers of tomorrow. He offered his thoughts here.

How do you define innovation?

What was your first significant innovation, invention or process?

I have been lucky enough to have a father who was my mentor and in his work as an electroplater in the 1960s-1980s he invented plating baths for circuit boards. For this he received several patents. These innovations went into circuitry for the Mercury, Gemini and Apollo spacecraft. I often talked to him about innovation while he was alive. Since my field is genetics and genomics, I was looking for innovations to improve animal production. The first such one was the process patent to use a genetic marker for the pig estrogen receptor to select animals with the right genetic form to improve litter size. This increased litter size over 10 percent.  While I have 12 U.S. patents and many international ones, the other best innovations were other genetic marker process patents to improve growth rate, reduce fatness, and improve feed efficiency and meat quality in pigs. My students helped develop many of these. In addition to the patents we won two R&D 100 awards for two of them.

What are trends in animal science and genetics?

Modernization is the trend coupled with discovery and implementation. For genetics, the sequencing of the livestock genomes, which began in 2001 and first drafts were finished in all major species by 2016, set the tone to understand the biology of production better through the role of genes. More recently the use of machine learning and artificial intelligence to set up systems of inquiry, decision making and prediction to develop systems of genetic evaluation, better ways to feed animals and to improve production standards.

You’ve been involved in different organizations at Iowa State and elsewhere. What are some of the ways an organization can cultivate a culture of innovation?

Organizations must first hire risk takers, people who we say think outside the box and are prepared to act on it. Then they must provide rewards in the form of promotion or salary for those who try and succeed. Also while failure is a problem, occasional failure should be overlooked. Certainly having good intellectual property people to approve ideas and help in developing patents and licensing them helps.  ISU has been great at that, and there are also classes to encourage innovation. The student innovation center should be a big boost to students developing ideas.

What is the state of Iowa’s biggest challenge when it comes to innovation?

Certainly having more people and hence more ideas is useful but working in the K-12 system to have students be encouraged to come up with new ideas related to innovation should be a goal. At higher levels, more availability of science courses that foster innovation and entrepreneurship would be good.

What are two or three of the most exciting areas that you are working on?

What is needed to make it easier for scientific advances to reach the marketplace or to the public?

We need more risk takers, outside-the-box thinkers and a system that fosters innovation, not conformity. Then we need more people to help “translate” hard science to applied science. As Louis Pasteur said, “Basic and applied science are fruits from the same tree.” But people are often mystified by basic science. A system that helps to identify discoveries and then look for applications would be most helpful.

What areas of education or expertise are needed in your field?

People need to learn more basic molecular biology to understand the plants and animals we raise for food and to couple that with artificial intelligence to help us to discover and innovate new ways to increase food production.

What is the most pressing global challenge that innovation could meet?

We need to innovate ways to make more fresh water and to clean impure water and to produce more food and waste less food.

What is your top goal in innovation or developments this year?