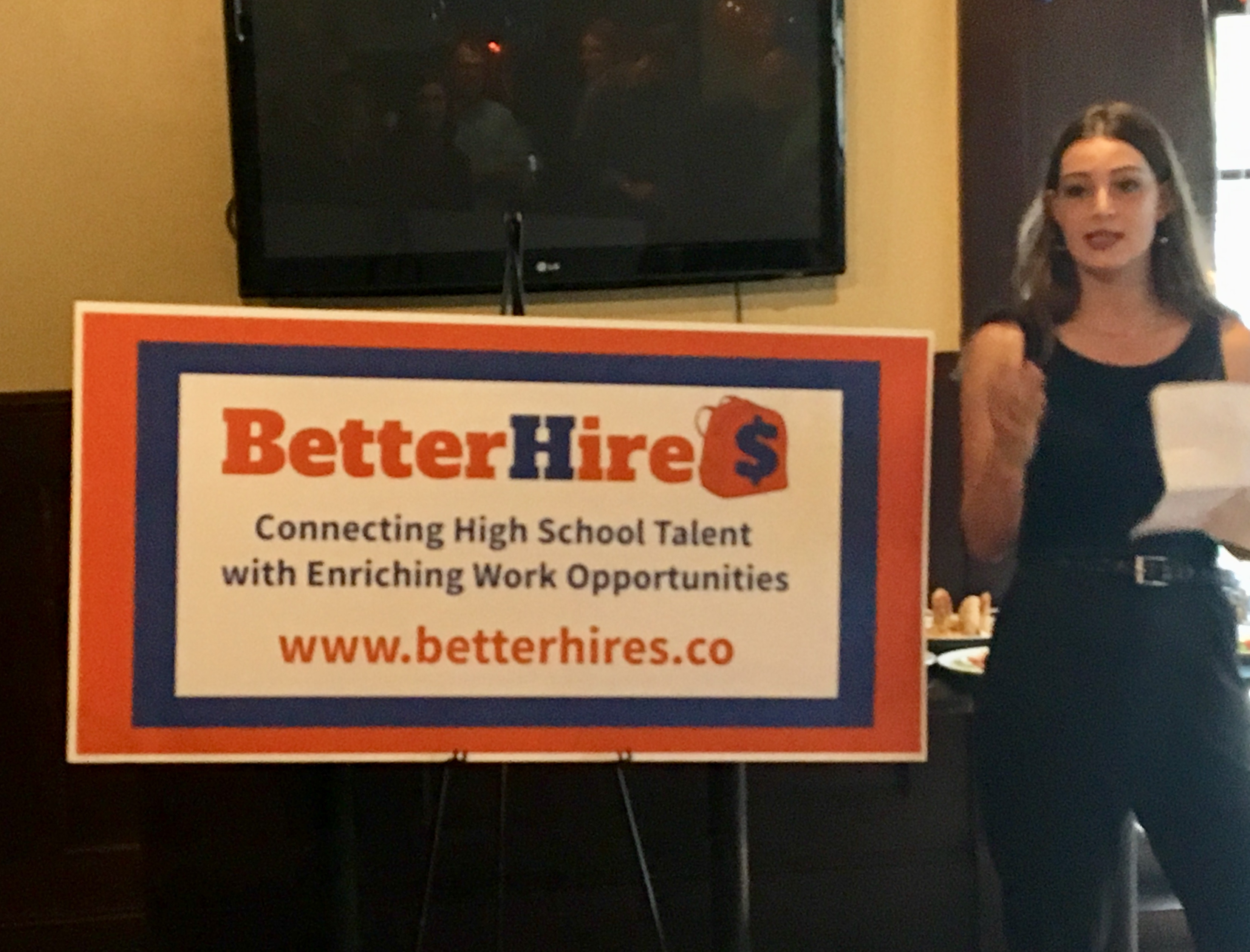 The next day, Levy started her senior year at Roosevelt High School. Despite a busy schedule and a lot of future-facing decisions to be made in the next few months, she has big plans for growth at the startup she launched with a pitch at the 2018 Iowa City Startup Weekend.

“High schoolers can be fit to work in these positions that are generally given to college students or older adults,” she said. “We want to connect kids with meaningful work opportunities and not make it based on who your parents know, where you live or what school you go to. … Whether they’ve gone to Central [Academy] or not, whether they’ve taken AP classes or had a job before, they’re just as qualified as long as they’re willing to learn, and as long as they’re driven.”

“It’s a hard process to go through a startup. I’ve had help from tons of people, but I think that just makes it so [I view] everyone who has helped me as on my team,” Levy said.

Since starting last summer, Levy’s vision for BetterHireS has pivoted from a mobile app to beginning as a website, and she has put off adding certain in-app messaging features as she works to increase the audience.

Around 10 businesses and more than 30 students have signed up for BetterHireS, and Levy plans to sign up another 30 businesses to the service this fall. She is turning to the public school district to meet more students who would be interested — this year, Levy aims to make 30 student-business connections through BetterHireS.

Levy attended a back-to-school senior night hosted by the Des Moines Public Schools, which invited colleges and other potential employers to meet students thinking about their next step after graduation. Most of the students she’s talked to have held jobs before but have never tried an internship. Before they receive a diploma, Levy wants them to try out a career field through BetterHireS.

“I felt that no matter where the students are from, no matter what school they go to, the fact that they’re showing up at this night and they’re interested in the future shows they could be a good candidate for BetterHireS,” Levy said. “I have a mix of students who already have a job and they’re looking for an internship prior to college to see what they want to do, and I have the other half of students looking to make money, but learn while they’re making money.”

Although she’s still considering her options, Levy believes a minor or combined major with entrepreneurship will be in the cards.

“If I hadn’t done that Startup Weekend, if I hadn’t taken a chance and met with all these businesses and allowed them to teach me about entrepreneurship, I never would have gotten involved, and I never would have known that this is something that I’d be interested in,” Levy said. “Now I find myself so passionate and honestly happy to go to work on my startup. … It proved my idea and also helped me decide what I think I want to do in college.”