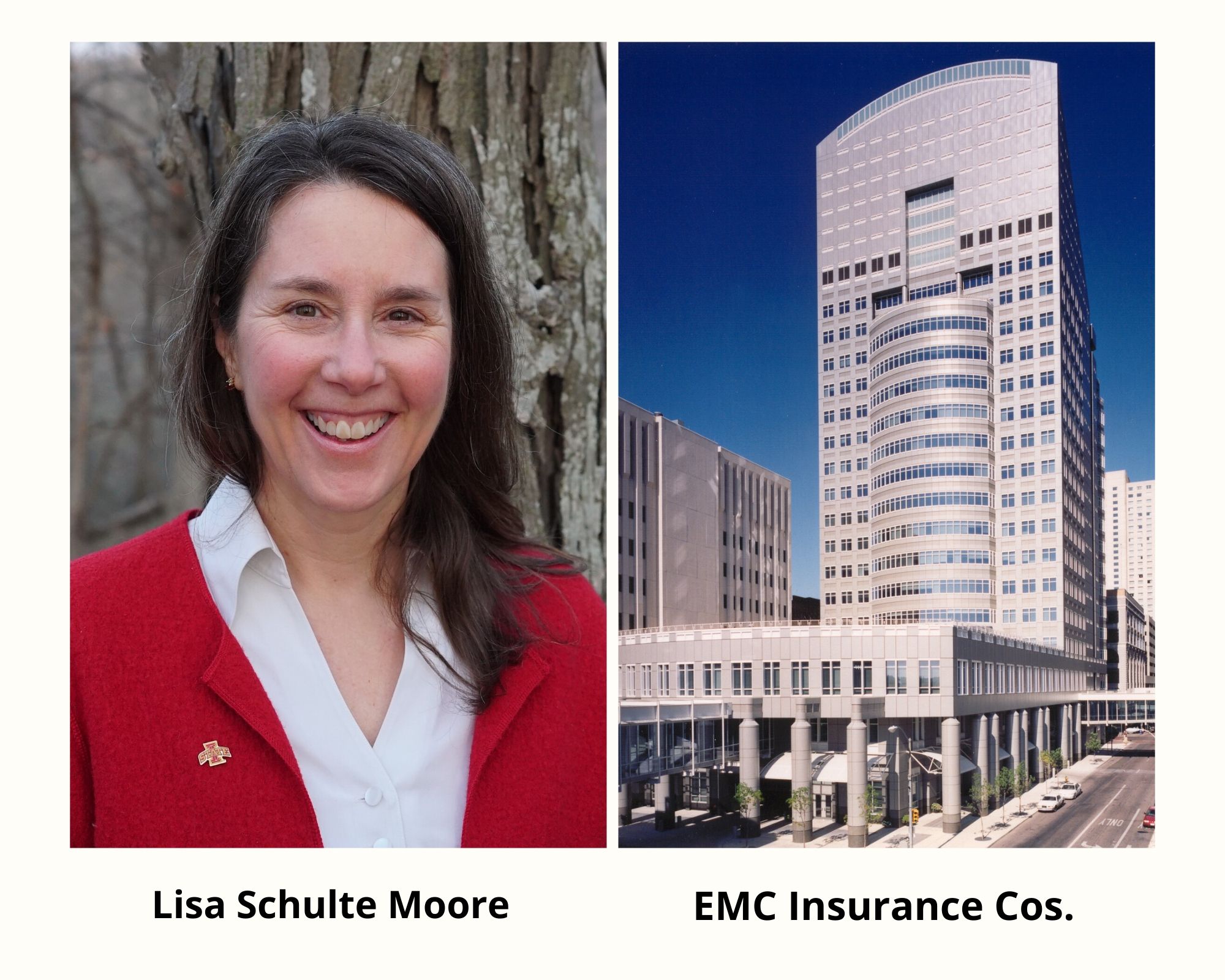 EMC is the recipient of the Corteva Agriscience innovationLEADER Award for its efforts to take a company value of innovation to the next level. Lisa Schulte Moore — professor of natural resource ecology and management, associate director of the Bioeconomy Institute and director of the C-Change Center – is the recipient of the Ivy College of Business innovationENTREPRENEUR Award for dedicating her career to innovations in sustainable agriculture.

EMC and Schulte Moore will be featured in the 2020 innovationIOWA magazine and recognized at a virtual launch party from 11:30 a.m. to 1 p.m. on May 21.

Corteva Agriscience innovationLEADER Award
EMC Insurance Cos. means business when it comes to innovation. That’s why it’s one of the company’s values, widely recognized by individuals at all levels of the company.

The company now has an embedded culture of innovation, one in which its leaders host quarterly pop-up innovation labs at its downtown Des Moines headquarters, and Innovation for Breakfast is a regular monthly event for sharing what’s new and best practices.

Among its external connections, EMC is a sponsor of the Global Insurance Symposium and has been a member of the Global Insurance Accelerator — both Des Moines-based, insurance-industry-led initiatives — since October 2016. EMC is also a founding member of a group called the Insurtech Alliance, which meets quarterly in New York City to explore technologies to vet and pilot with insurtech companies.

Ivy College of Business innovationENTREPRENEUR Award
Schulte Moore helped develop a novel and strategic system called Science-Based Trials of Rowcrops Integrated with Prairie Strips using the integration of prairie strips into a landscape defined by row crops of corn and beans. Research by the STRIPS team has documented that converting as little as 10% of the cropped area to prairie conservation strips reduced soil loss by 95% and showed other significant results with nutrient reduction, which helps with challenges such as water quality issues. While prairie strips got their start with the STRIPS team in Iowa, they can now be installed nationwide under the USDA Conservation Reserve Program, a program with $2 billion in annual expenditures.

“Lisa is passionate about pursuing market-based methods, such that agriculture’s profitability and conservation goals can be aligned,” her nominator wrote. “Current research focuses on ways prairie strips and other strategically placed perennial cover can return monetary and quality of life value to people. Lisa and her team are currently researching the impact of replacing acres that return low-to-negative profit on corn/soybean production into perennial crops; the potential impacts of perennials on soil renewal and potentially subsequent changes in land value; and the value of nutrient retention, hunting leases, and bioenergy and bioproduct development.”

Schulte Moore is now focusing on profit-based mechanisms that prairie and other perennials can return value to people and the land in a new effort, Consortium for Cultivating Human And Naturally reGenerative Enterprises, or C-CHANGE.

Learn more about the awardees’ efforts in the upcoming innovationIOWA Magazine.