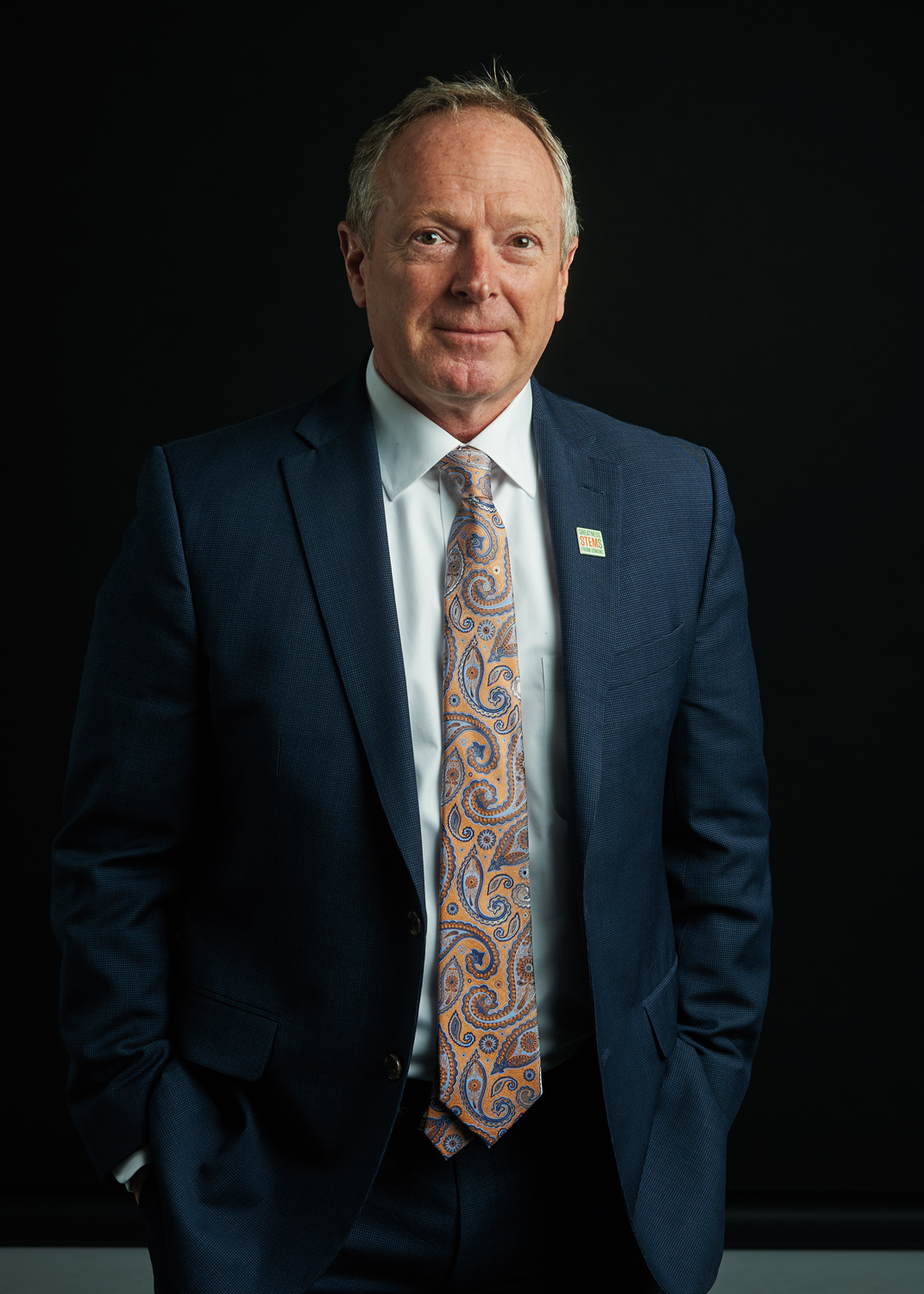 Weld, executive director of the Governor’s STEM Advisory Council, has been a driving force behind developing a successful and thriving science, technology, engineering and math program in Iowa.

Through his leadership and guidance, STEM has emerged from the depths of obscurity in Iowa to play a prominent role in Iowa’s education system and advancing talent development efforts for a number of major employers throughout the state.

In his current role, Weld leads a statewide organization whose regional arms work to increase student interest and achievement in STEM subjects that lead to careers matched to Iowa’s future workforce needs.

An award-winning career educator, Weld helped launch the Iowa Mathematics and Science Education Partnership in 2008 and led that initiative for three years before being named to his present position with the Governor’s STEM Advisory Council in 2012. Last fall, he returned to that post with the council after serving for nearly two years as an education policy consultant to the White House.

During his time in Washington, D.C., Weld coordinated a comprehensive rewrite of the national strategic plan for STEM education, a report that guides more than $3.2 billion in annual federal STEM funding.

He’s just as much at home in the classroom and science lab as he in his current administrative role. His teaching career has included biology and science faculty roles at the University of Northern Iowa and Oklahoma State University, and as a high school science teacher at schools in Texas, Missouri and Iowa. He has received numerous awards for teaching excellence, and in 2013 was recognized by the University of Iowa’s College of Education with the Alumni Accomplishment Honor. In 2014, a noted STEM advocacy organization, the Triangle Coalition, named Weld a national STEM champion.

Weld wasn’t always destined for academia, however. Growing up in a single-parent, lower-income household in Iowa City, Weld was just hanging on in high school and was in danger of dropping out. Looking back, it was the perfect background to cultivate a career in education and for eventually leading Iowa’s STEM initiatives.

Before he embarked on a career as an educator, Weld was set on becoming an auto mechanic when he was in high school — until a move across the country and an influential teacher shifted his trajectory.

“I was on track to become a real gearhead,” Weld recalled. “I was barely hanging on to the academic classes, just certain that my future was going to be in the world of cars. I was just crazy for cars; I had rebuilt and restored automobiles before I could even drive.”

When his mother’s career took the family from Iowa City to the Berkshires of Massachusetts, Weld ended up at a preparatory school where he got newfound encouragement from his teachers, particularly an English teacher who took him under his wing.

“He pointed out that I was actually a pretty good writer, and I had never been told that before,”

Weld said. Similarly, a math teacher complimented him on his facility with numbers, after he thought he didn’t have an aptitude for math. “In Iowa City I thought I would be lucky just to graduate from high school and was just helping to work on cars. … So my path took a 90-degree turn.”

After graduating from the University of Iowa with an education degree, Weld began his teaching career in Mission, Texas, as a high school science teacher. He was still a rebel at heart.

On the first day of classes, as all the other teachers were handing out a syllabus and reading students the rules, Weld was determined to be different.

“I wasn’t going to give out the god-dang book on day one, I wasn’t even going to talk to them about the rules,” he recalled. Instead, the class did a science experiment, right out of the gate.

“I’ll never forget the shock and delight and confusion on the faces of the kids — we’re actually experimenting on something on the first day. That set a tone that from here forward, this class was going to be very different. And I’ve since passed that on to the future teachers I worked with, and certainly in the STEM world, that it’s all about shaking up the system and doing things that center around the learner and what they need.”

That sense of serving the underserved is one of the things that Weld loves most about STEM education.

“Every school that applies for [STEM funding] has to attest to us as to how those dollars are going to be used to broaden the STEM opportunity to kids who are underrepresented,” he said. “It’s in our DNA now, that inclusion and diversity are a top priority. … It’s important because it’s a moral imperative and it’s an economic imperative that we do better for our kids.”

“The math and science scores are consistently higher for the kids who took part in the STEM programs,” he said. “And they’re always higher, every year. It’s like opening a box of Cracker Jack — I never know what they’re going to get. … It’s always been consistently higher, and that gain is around 3 to 4% higher.”

Particularly exciting for Weld is that minority students have seen greater percentage gains — generally 5 to 6% compared with kids who haven’t been in STEM programs. “In my 34 years of experience in education, I’ve never seen another broad intervention having that kind of effect,” he said. “So it’s an enormous treat.”

Looking to the future, Weld sees the day when Iowa and other states may want to consider renaming what has been known as the STEM initiative.

“It started as a response to industry, really, to produce more talent for them — more scientists, more technologists, more engineers, more accountants,” he said. “But it has grown well beyond merely making new workers for the [STEM] industry sector, but that’s still a critical component of what we do.”

Much like the aerospace company Lockheed Martin gathered the best and brightest in the desert of Nevada to develop cutting-edge technologies at its famous “Skunk Works,” Weld sees STEM in a similar way.

“We are an education think tank — STEM is really the ‘skunkworks’ of education.”

Now go out and break some rules.