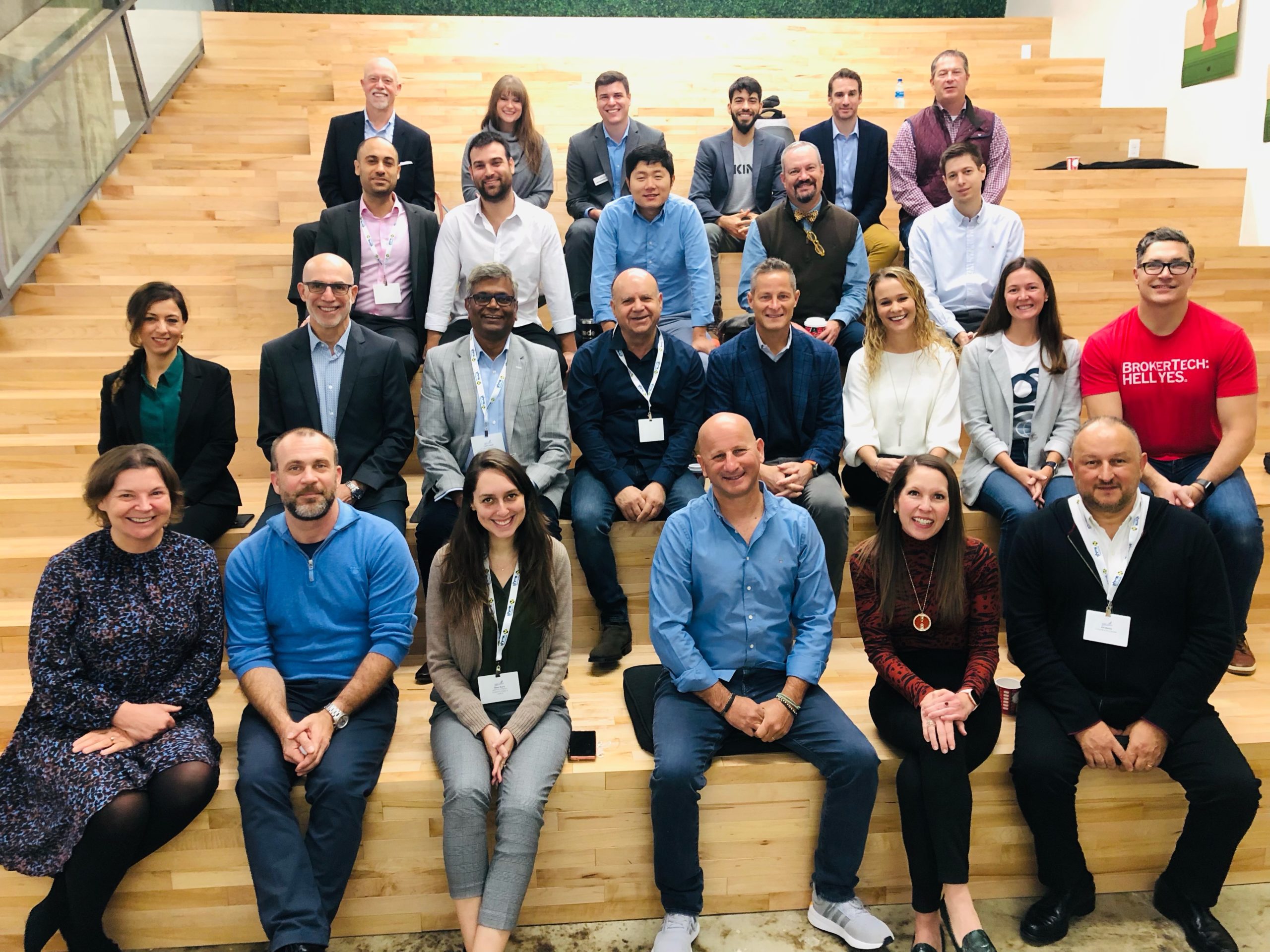 BrokerTech Ventures took a significant step last week toward its goal of building a connecting bridge between Israeli- and U.S.-based insurtech founders and insurance brokers.

The Des Moines-based insurtech accelerator hosted a delegation representing the Israel InsurTech Accelerator, which was launched last year in partnership with BrokerTech Ventures as the first broker-led insurance accelerator in Israel. During the visit to Des Moines, members of the Tel Aviv-based accelerator’s first cohort of insurtech startups networked with and pitched their companies’ technology platforms to BrokerTech Ventures’ leaders, member companies and potential investors.

“I was really impressed with the diverse landscape of solutions that in one way or another impact the insurance ecosystem,” said Dan Keough, CEO of Holmes Murphy, a Waukee-based brokerage that is a co-founding partner of BrokerTech Ventures. “The common thread between all of it was there was a lot of machine learning and [artificial intelligence], and each of the capabilities applied in different ways were forecasting solutions that can identify risks sooner and drive down costs faster, and I think that’s obviously accretive to our industry.”

Kobi Bendelak, CEO of Insurtech Israel, brought a delegation that included leaders of eight startup insurtech companies, all based in Israel. Finding a flourishing insurtech ecosystem in Des Moines was a “pleasant surprise” to these technology companies, he said.

“For them, the warm welcome and the good infrastructure that we will have in the state of Iowa — and especially in Des Moines — is very important for building business in the ecosystem,” Bendelak said. “Also, we found that for startups that want to arrive in Iowa, they can find two immediately important sources. First, they have the opportunity to meet clients, since Des Moines is an important insurance center. Second, they can find great people — Des Moines is full of great labor power, and that’s a source very important to insurance startups.”

BrokerTech Ventures was formed in 2019, and over the past two years the Des Moines-based insurtech accelerator has supported two cohorts of startup companies, in the process generating more than 100 proofs of concepts, pilots, and customer engagements for its brokerage and carrier partners. Applications are now being accepted for its third cohort.

John Jackovin, executive director of BrokerTech Ventures’ accelerator program for U.S. insurtech companies, said he was impressed with the level of knowledge that Israeli insurtechs bring to the table regarding U.S. insurance operations.

One of BrokerTech Ventures’ goals for the visit was to provide the Israel Insurtech Accelerator with an overview of Iowa’s insurance ecosystem as a leader in insurtech, Keough said. “So if they were looking at setting up a [U.S] operation, why wouldn’t they consider Iowa and the ecosystem that exists here through high-quality labor, favorable state regulations, friendly business climate, and already-established partnerships?”

BrokerTech Ventures already has investments in four Israeli-based companies — one of which had representatives visiting Des Moines last week — through BrokerTech Ventures’ accelerator program, Keough said. “So the next question is: Are we going to bring that out to our clients? Are we going to reinvest in them, and help distribute their solutions? Those are the phases of conversations we’re in right now with those companies.”

As a next step in building the relationship, BrokerTech Ventures plans to send a cohort to Israel sometime in the second quarter of 2020, Keough said.

“These are the things that we’re going to continue to do to expose not only our partners to amazing technologies, but also exposing amazing startups to deploy into the IoT [internet of things] ecosystem,” Jackovin said. “It’s something that is pretty strategic for us and something that we continue to look to push forward, not only with the partners we have, but as we continue to move out within the world, looking at engaging them in the same capacity.”

Read more: Visit this link to read a feature article about BrokerTech Ventures in the 2021 InnovationIOWA magazine.