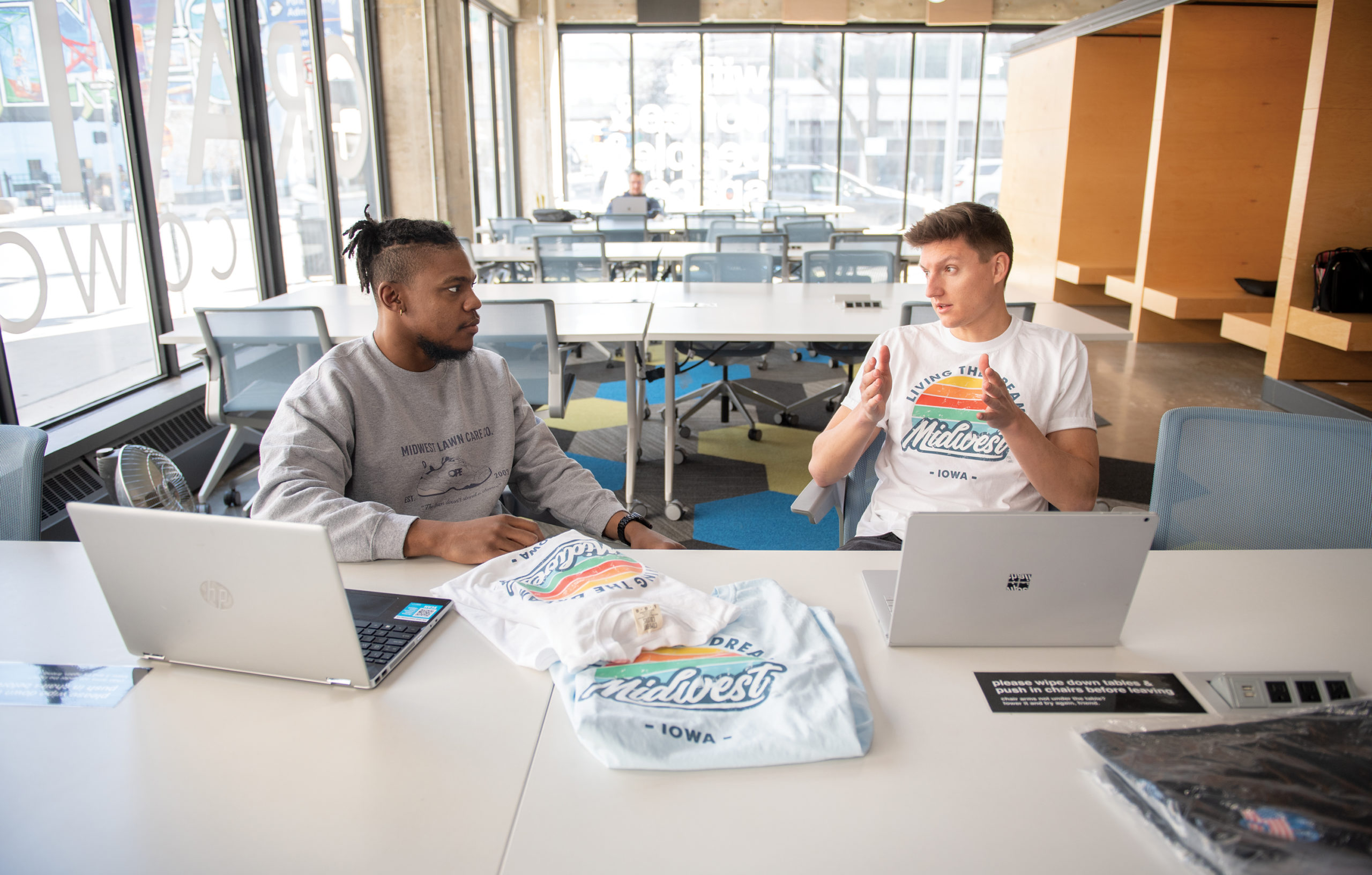 In 2017, an “influencer marketing company” was unheard of by the majority of people, but it’s what Iowa Media Co. co-founders Bryce Bortscheller and Darian Jones were building.

The seed for the idea was planted more than 10 years ago when Bortscheller and Jones were attending the University of Northern Iowa with Scott Burk and Nathan Krieps, who is now an inactive partner. They started the Iowa Chill and Midwest vs. Everybody social media accounts to showcase “the fun, crazy, boring reality of growing up and living in Iowa.”

“The Midwest in general has a negative, ‘boring’ connotation, so it was a goal to create something that shows that isn’t always the case,” Bortscheller, CEO of Iowa Media Co., wrote.

Iowa Chill branded apparel has been available since 2018 and the founders hope to bring food and beverage products to market, but constantly changing social media trends and the rise of influencers have ensured the company’s online presence is never stagnant.

Bortscheller wrote that Iowa Media Co. is working to build its umbrella by acquiring more brands and adding more talent, such as social media influencers and podcasters.

The company moved to Des Moines to be closer to “the largest hub of entertainment in Iowa” and found positive entrepreneurial influences such as Gravitate Coworking downtown.

Jones is pursuing a new business idea in addition to his role as chief financial officer of Iowa Media Co., for which he received $2,000 at the Athene Black and Brown Business Summit pitch competition in April.

Apart from the competition, this year’s summit focused on wealth generation and legacy building.

Angela Jackson, senior vice president of diversity, equity and inclusion at Athene and owner of the Great Frame Up, said this topic was picked in part because it is not often a conversation among diverse business owners for several reasons.

“In a nutshell, we’re trying to elevate the conversation in a way that [it] hasn’t been elevated, and is not elevated in other spaces,” Jackson said.

Jackson and local business owners Amner Martinez and Blanca Plascencia told the Business Record that taking steps toward building wealth requires accessibility to resources and mentorship from the community.

“I think the challenge is just the access. I’m sure there’s a lot of stuff to share, but there’s no hub. It feels like it’s really scattered; there’s not one place that you can go,” Martinez said.