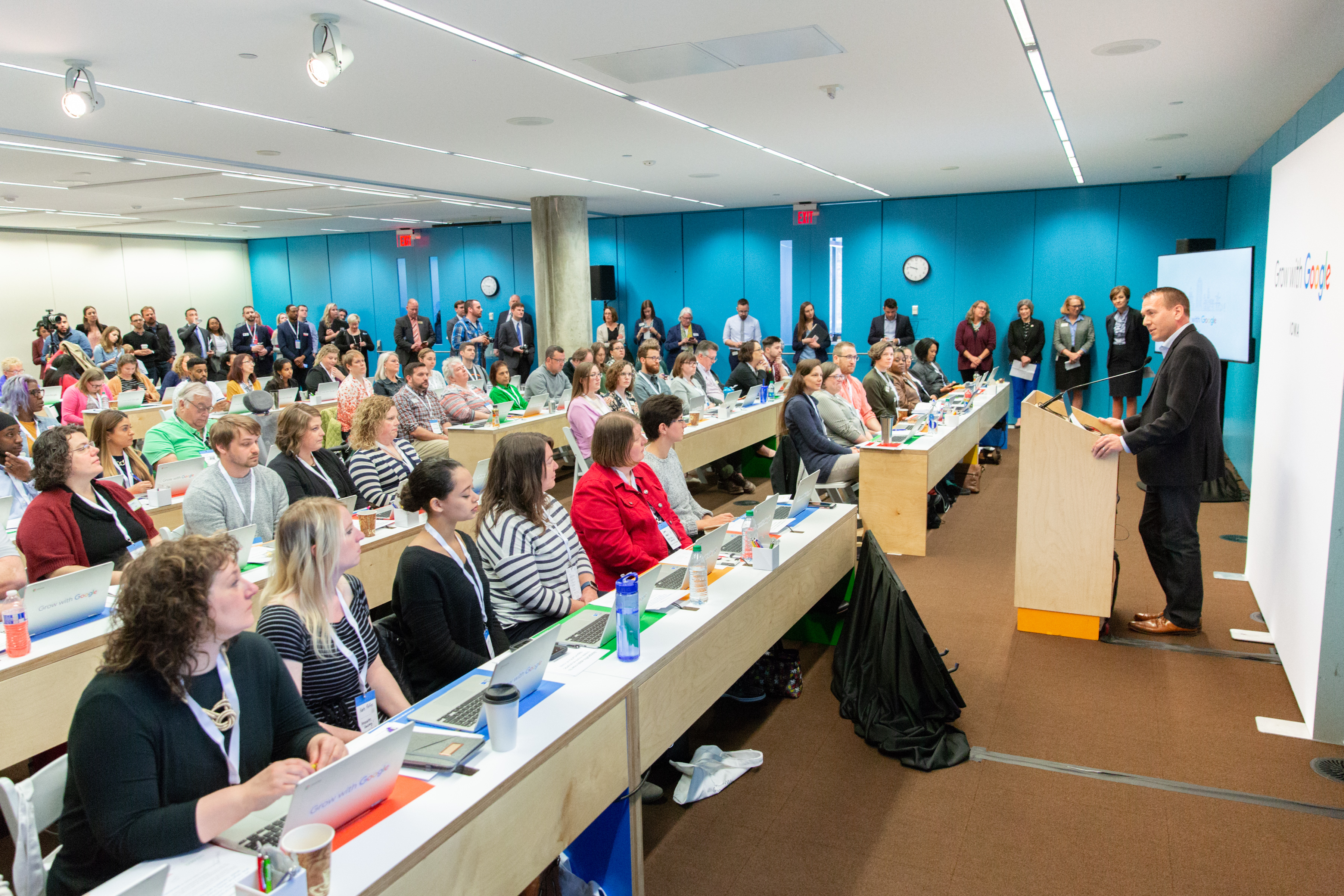 Nonprofits in Iowa will collectively receive $1 million through Google’s new Impact Challenge Iowa, Google announced this morning as part of the company’s Grow with Google initiative at Central Library.

Qualifying nonprofits have until May 17 to submit their proposals online to increase economic opportunity in their community. Over the summer, Google’s panel of local judges will choose five applicants to receive $175,000 in grant funding and training, Harbeke said.

The five finalists will be announced statewide, and Iowans will be able to vote on the project they believe will have the greatest economic impact. The winner of the public vote will receive an additional $125,000.

“We really want innovative ideas to grow economic opportunity, things that are unique to their community that maybe only those community members know about,” Harbeke said. “We look for the input of local leaders because they know what the needs are in their local community, but [we want] ideas that have impact, and ideas that have reach, and also something that’s sustainable … that’s going to create that long-term return in terms of economic opportunity in that community.”

“It fits right in with the Future Ready Iowa initiative, so I’m so appreciative of Google to work not only with our small businesses, but also with individuals and our nonprofits to help them get the skills to … have really good technology skills to be competitive,” Reynolds said. “I’m excited to have them and what I think is the next step – the investment that they’re putting in place and the fact that they’re working with nonprofits to help come up with the next inspiring idea on how we can continue to grow our economy, as well as help families and communities in the process.”

After today’s workshops in the Des Moines end at 4:30 p.m., the Grow with Google tour will move on to Council Bluffs on Tuesday and Davenport on Wednesday to offer digital literacy workshops to educators, job seekers and small business owners.

“We’re incredibly proud to be in Iowa. This is our ten-year anniversary after two and a half billion dollars invested and over 400 Googlers working at our data center in Council Bluffs,” Harbeke said. “This is a thrilling year, so to put an exclamation point on it, like we’re doing with the Grow with Google tour and the Impact Challenge, it’s a heck of a fun time for Google to be in Iowa.”

Judges on the Iowa Impact Challenge are: