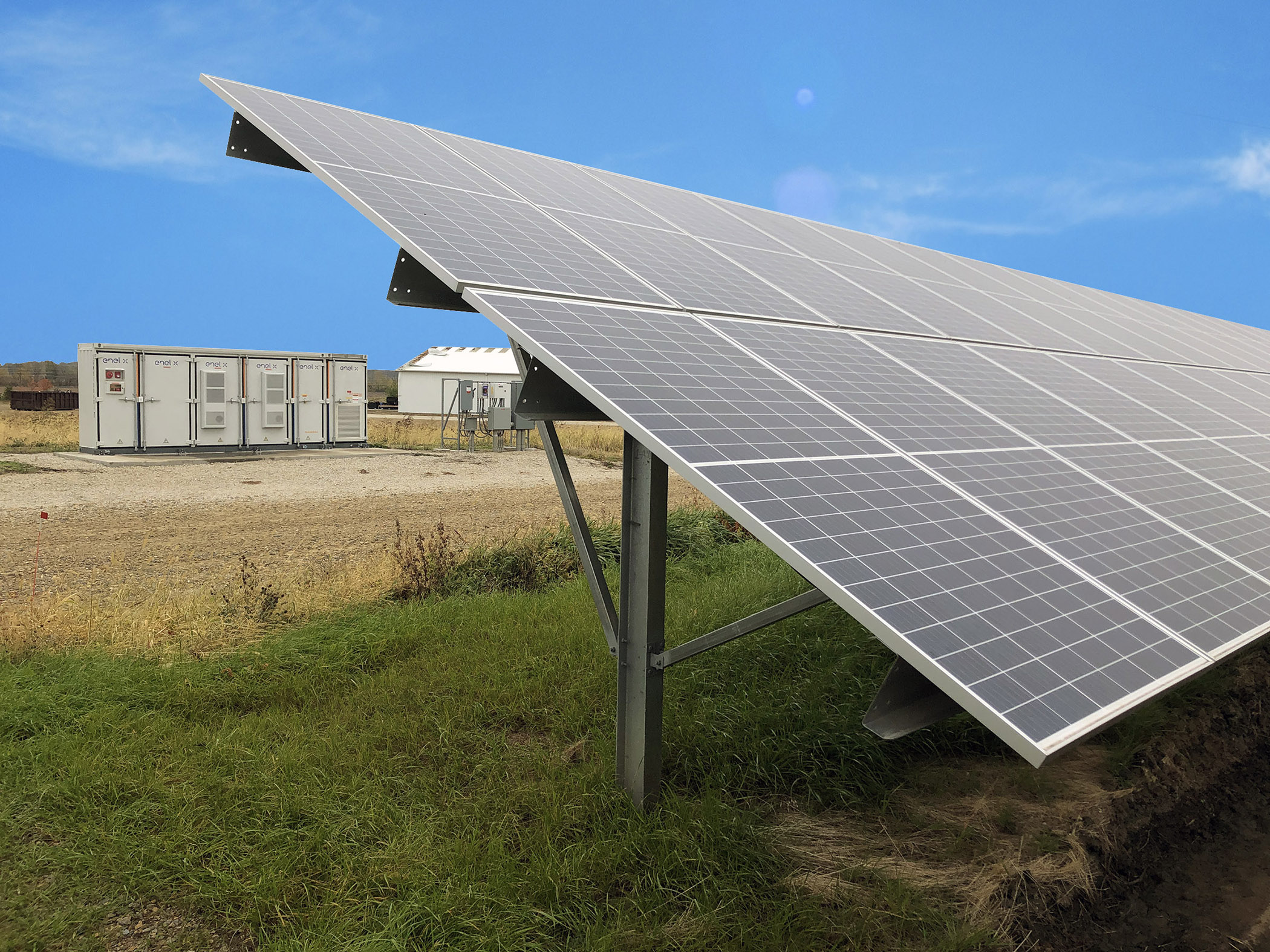 “We have the option of storing it in the battery or putting it on the grid, and that gives us the ability when the sun’s not shining or electric prices are really high on the open market [to] discharge off of the battery and lower the fuel costs for our customers,” Brown said.

Alliant has two other battery sites in Iowa — in Decorah and Wellman — and three other solar gardens, one at the Indian Creek Nature Center in Cedar Rapids and two in Dubuque.

Despite intense winds from the August derecho, the solar garden — installed about a year ago — survived well, despite widespread damage in Marshalltown and Iowa.

“The solar garden itself stood up very well to the derecho. The only damage was one piece of metal that was twisted,” Brown said. “A lot of people ask how the solar panels stood up to that type of wind, and they did very well.”

Alliant Energy debuted the Clean Energy Blueprint for Iowa in late October, which announced plans to discontinue coal generation in Lansing by the end of 2022 and transition the Burlington Generating Station to natural gas in 2021. Retiring the Lansing plant will allow Alliant to avoid new investments that would be required to comply with environmental regulations, the company said. Alliant Energy will transition nearly 50% of Alliant Energy’s generation portfolio to renewables by 2023.

The company recently completed a 1,000-megawatt wind energy project in Sac County, its fifth wind farm in the state. Alliant’s wind projects can power roughly 430,000 homes, making it the third-largest regulated utility owner-operated in the U.S., the company said in a statement.