The STEM Next Opportunity Fund announced a multiyear $50,000 grant to the Iowa Afterschool Alliance as part of the Million Girls Moonshot, an initiative launched by the Intel Foundation, the Gordon and Betty Moore Foundation and the Charles Stewart Mott Foundation. The effort is designed to engage 1 million school-age girls in the U.S. in […] 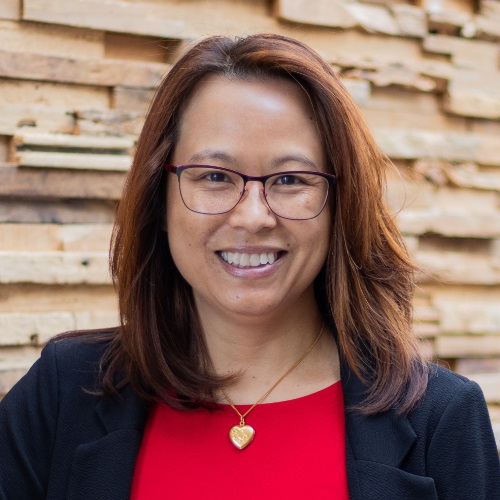 Yen Verhoeven, founder of Qi Learning Research Group Photo provided If you aren’t a parent yourself, just ask one on Twitter: The new home-schooling normal has not been an easy road for many. For elementary school teachers, adjusting lesson plans to a Zoom screen with a gallery of tiny faces peering back might just be […]

As schools close, Pi515 pivots to reach students at home

Last week, Nancy Mwirotsi had 30 laptops to give away immediately — and every one was claimed by Friday.  Mwirotsi, founder and director of the tech education nonprofit Pursuit of Innovation (Pi515), began working in overdrive to ensure her middle school and high school students would have access to STEM education resources after the Des […]

The Technology Association of Iowa will host the 2020 Iowa High School Tech Summit on Oct. 7 in Cedar Rapids, TAI announced this week. The summit will introduce high school students to technology companies and careers across the state. Eddie Etsey, information technology/chief technology officer for the University of Iowa Athletics Department, will emcee the […]

A new report from the Governor’s STEM Advisory Council shows that Iowa teachers and residents are embracing the need for increased STEM (science, technology, engineering and math) education in Iowa’s K-12 schools, but there remains room for improvement when it comes to piquing student interest, reports the Corridor Business Journal. The 2018-19 Iowa STEM Evaluation Report shows […]

West Des Moines Community Schools parents attending parent-teacher conferences on Nov. 18 and Nov. 21 are invited to stop by the Jordan Creek STEAM Lab at Jordan Creek Elementary from 4 to 8 p.m. to see district initiatives with virtual reality goggles, coding robots and more, the school announced this week. Children must be accompanied […]

Des Moines nonprofit Pursuit of Innovation (Pi515) is launching the second year of its Peer Mentoring Program directed at middle school students with funding support by Coca-Cola, AT&T and Bank of the West, Pi515 announced this week. With support from adult volunteers in STEM-related careers, advanced students in Des Moines high schools’ STEM programs are […]

The Technology Association of Iowa is debuting Techstream, a new database designed to track after-school technology programs for students to find across Iowa. Based off of TAI’s previous HyperStream program, Techstream (techstreamiowa.org) will track after-school programs for elementary through high school students, encouraging skill development and interest in computer science.

A growing teacher-training program at the University of Iowa is aimed at increasing the number of engineering degrees awarded to women in the state of Iowa by providing middle and high school-aged girls access to opportunities in STEM, reports the Daily Iowan. The Femineers program was developed at California State Polytechnic Institute to provide training […]