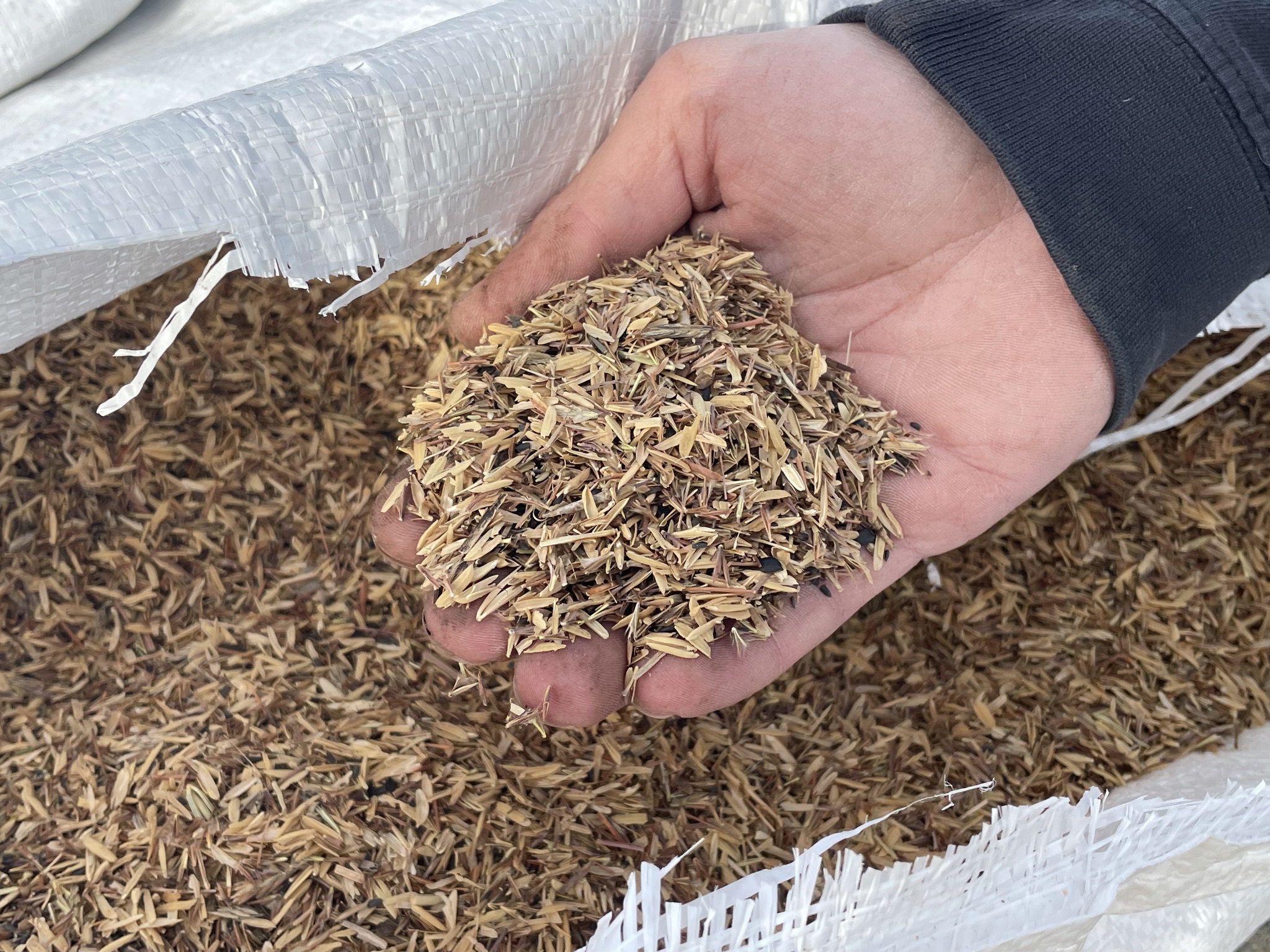 A company that produces biological products from natural bacteria focused on agricultural applications is expanding its sustainability portfolio with the establishment of a native prairie and the construction of a solar farm at its plant in Osage, in northern Iowa’s Mitchell County.

Valent Biosciences planted the 34-acre prairie in early December 2021. Construction on the solar farm is scheduled to occur this spring with completion expected by
late summer.

Valent Biosciences is based in Libertyville, Ill., a suburb of Chicago, and is a subsidiary of Tokyo-based Sumitomo Chemical Co. Ltd. The company employs more than 100 people at its facility in Osage, and company officials say projects such as the native prairie and solar farm will help attract prospective employees as the company looks to grow and add onto its workforce in the coming years.

“Sustainability [is] looked at by our parent company as one of the most important things we do,” said Ertan Hyuseinov, the manager of the Osage facility. “We’re always looking for ways to improve, always looking for that carbon reduction and efficiency improvements. We’re going to continue to look for ways to save and help the environment, and by doing so help ourselves as well.”

Brian Lynch, the facilities manager for Valent, said the solar project is a joint effort between the company and Heartland Cooperative, a small rural utility that distributes electricity it purchases from another cooperative, Dairyland, in La Crosse, Wis. Heartland also teamed up with another group, called One Energy, on the project.

Lynch said Valent’s parent company had signed on to the Paris Climate Accord as a corporation.

“They said they want to do everything we possibly can do to reduce CO2 emissions, and they set some pretty lofty goals as far as the company being carbon-neutral and the goals we have to meet by 2030,” he said.

An initial plan for the $2.5 million solar project was put on hold until late 2020 after government rules for rural cooperatives changed, making it easier for the project to move forward.

The land was rezoned in January because it will be producing electricity.

All legal documents were signed and construction is set to begin this spring, Lynch said.

When complete, possibly by August, the solar farm will consist of 3,744 540-watt panels that will generate about 1.5 megawatts of energy, which will offset some of the electricity the Osage plant uses.

The panels that will be used for the solar project are bifacial, which means they have solar receptors on both sides, allowing them to capture sunlight reflected off the snow during the winter. The panels also will be mounted on an axis, allowing them to track the sun from when it rises in the east to when it sets in the west, Lynch said.

“That’s around a 15% increase in the total amount of electricity that will be generated,” he said.

The solar farm will reduce Valent’s energy consumption in Osage by about 8%, or by 3.5 million kilowatts in a year, Lynch said.

In working on the project, Lynch said he learned that a solar farm generally shouldn’t be located next to farmable ground because of the dust and dirt that is created by plowing and combining that can coat the solar panels, reducing their efficiency.

Valent owns 35 tillable acres that are adjacent to the site where the solar farm will be built. It had been leased to a local farmer so the company had to give the farmer notice that the lease would be canceled at the end of the 2021 season, Lynch said.

“So he combined his crops and picked up the corn stubble and baled it, and we were able to plant that seed on Dec. 1,” he said.

There are still about five acres that will be planted this spring, Lynch said.

The native prairie will help Valent reach its goal of reducing its carbon footprint by 15%, he said.

Not only will the prairie help sequester carbon in the soil, it will benefit pollinators and help conserve soil, Lynch said.

He said the prairie will include a high percentage of milkweed and other flowers and serve as habitat for monarch butterflies during their migration to Mexico for the winter.

Lynch said Valent is working with the Center for Industrial Research and Service at Iowa State University on the plan for the prairie to make it accessible for educational programs and a place for the general public to visit. The wildlife conservation group Pheasants Forever also assisted, as has Mitchell County Conservation.

Separate from the native prairie, Valent will also plant a short variety of prairie grasses under the solar panels, and sheep will be brought in to eat that grass to keep it low, Lynch said.

The chemical pesticides Valent produces are considered biorational, meaning they are derived from nature and are developed to target specific types of pests such as caterpillars and mosquitoes, without killing bees or pollinators.

It’s that commitment to developing its products from naturally occurring materials and bacteria that is behind Valent’s sustainable story, and for the solar and native prairie projects it is undertaking, Lynch said.

“We are a science-based company and we truly, 100% realize that humans are affecting the climate by all this carbon dioxide that is being released,” he said.

“It’s called the principles of Jiri-rita, which is essentially a spirit of harmony between individuals, society and nature,” Mandel said. “It focuses on sustainability and doing the right thing for the community, our employees and society as a whole, so it’s taken very literally by everything we do.”

Mandel said projects like those underway at Valent in Osage can also help the company attract and retain employees.

“Employees and candidates want to feel good about the company they’re working for and knowing they’re doing the right thing,” he said.